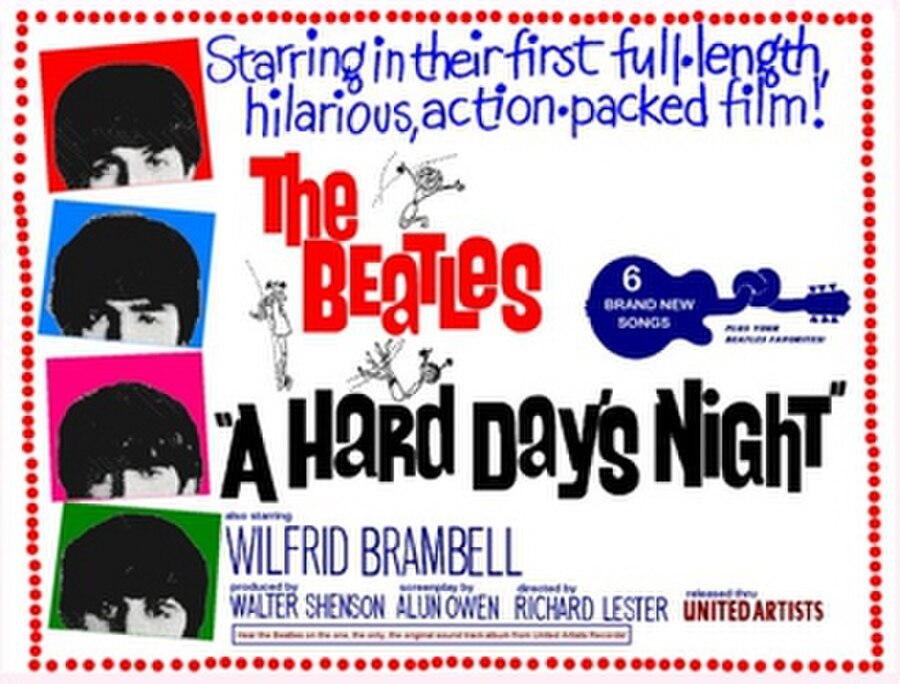 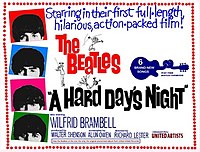 A Hard Day's Night is a 1964 musical comedy film directed by Richard Lester and starring the English rock band the Beatles—John Lennon, Paul McCartney, George Harrison, and Ringo Starr—during the height of Beatlemania. It was written by Alun Owen and originally released by United Artists. The film portrays 36 hours in the lives of the group as they prepare for a television performance.

The Beatles evade a horde of fans while boarding a train for London to film a televised concert. En route, they meet Paul McCartney's trouble-making grandfather for the first time. The band play cards and entertain some schoolgirls before arriving at the London station, where they are quickly driven to a hotel and begin to feel confined. Their manager Norm tasks them with answering all their fan mail, but they sneak out to party, only to be caught by Norm and taken back. They then find out that Paul's grandfather went to a gambling club using an invitation sent to Ringo, and bring him back to the hotel.