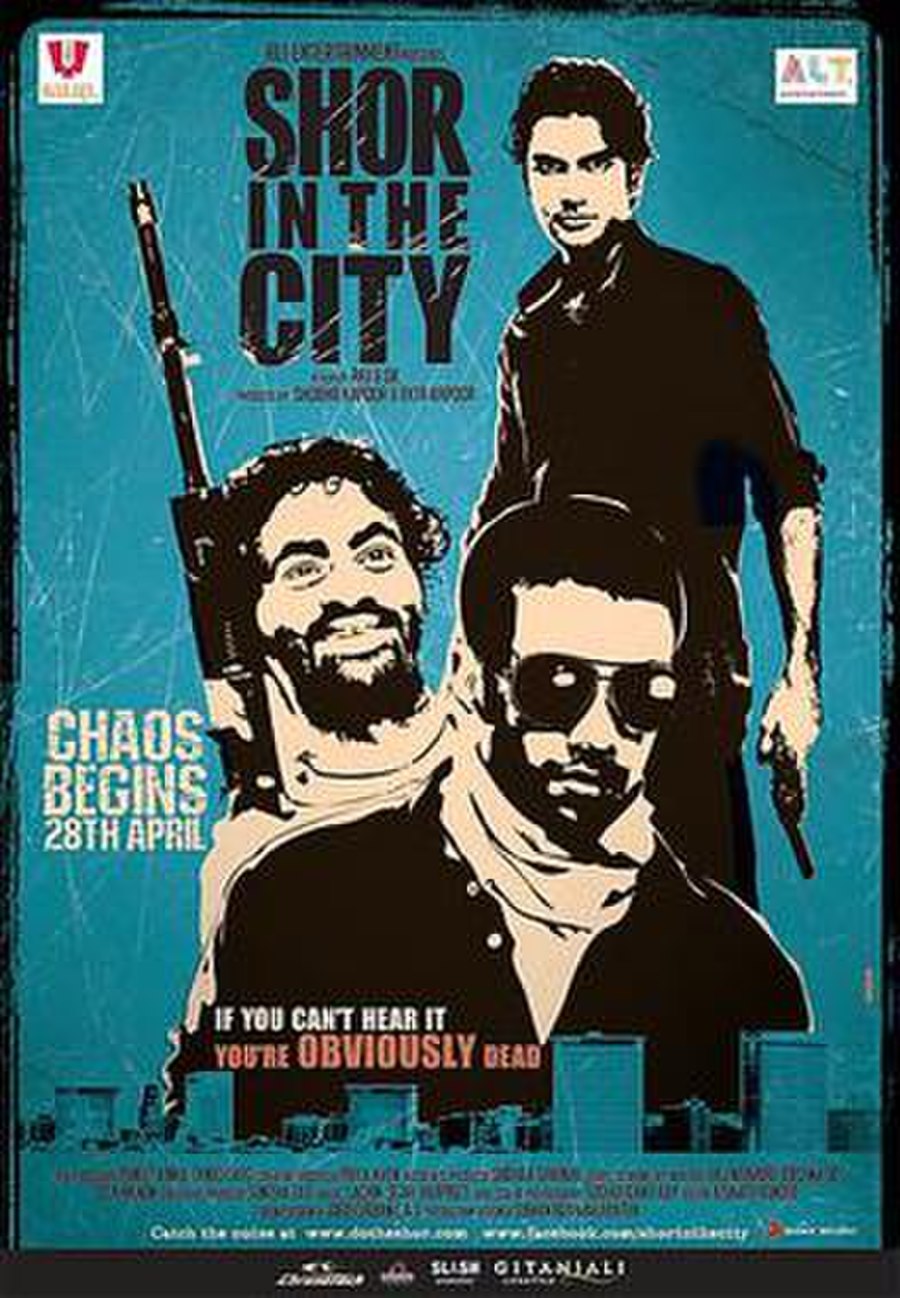 Shor in the City is a 2011 Indian crime comedy-drama film directed by Raj Nidimoru and Krishna D.K. starring Tusshar Kapoor, Sendhil Ramamurthy, Preeti Desai, Girija Oak, Radhika Apte, Nikhil Dwivedi, Pitobash Tripathy, Sundeep Kishan, and Amit Mistry. The background score of the film was composed by Roshan Machado. The first look of the film was unveiled on 21 March 2011 while the film was released in India on 28 April 2011.

The film revolves around five central characters in the city of Mumbai. Tilak (Tusshar Kapoor) is a small-time publisher of unlicensed books who along with his friends Mandook (Pitobash Tripathy) and Ramesh (Nikhil Dwivedi) kidnaps a famous author and forces him to give the manuscript of his latest book to them so that they will be the first ones to publish it. Abhay (Sendhil Ramamurthy) is a NRI who returns to India to start his own small business and meets Shalmili (Preeti Desai). Sawan (Sundeep Kishan) is a young cricketer hoping to break into the under-22 Mumbai cricket team. The story focuses on their trials and tribulations as they battle life in the city of Mumbai during the chaotic period of the festival of Ganesh Chaturthi.