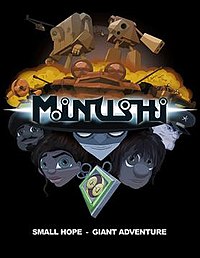 Minushi is a Canadian flash-animated feature film produced, directed, written and animated by Tyler Gibb, an independent filmmaker living in Montreal, Quebec. It is one of the first feature films to be entirely animated in Adobe Flash. It premiered on July 10 at the 2007 Fantasia Festival in Montreal.

The story is set in a future world where giant mechanical robots have landed on the Earth. They are being fought by the military (led by General Werner). Most of the common people, however, do not know where they came from or what they are.