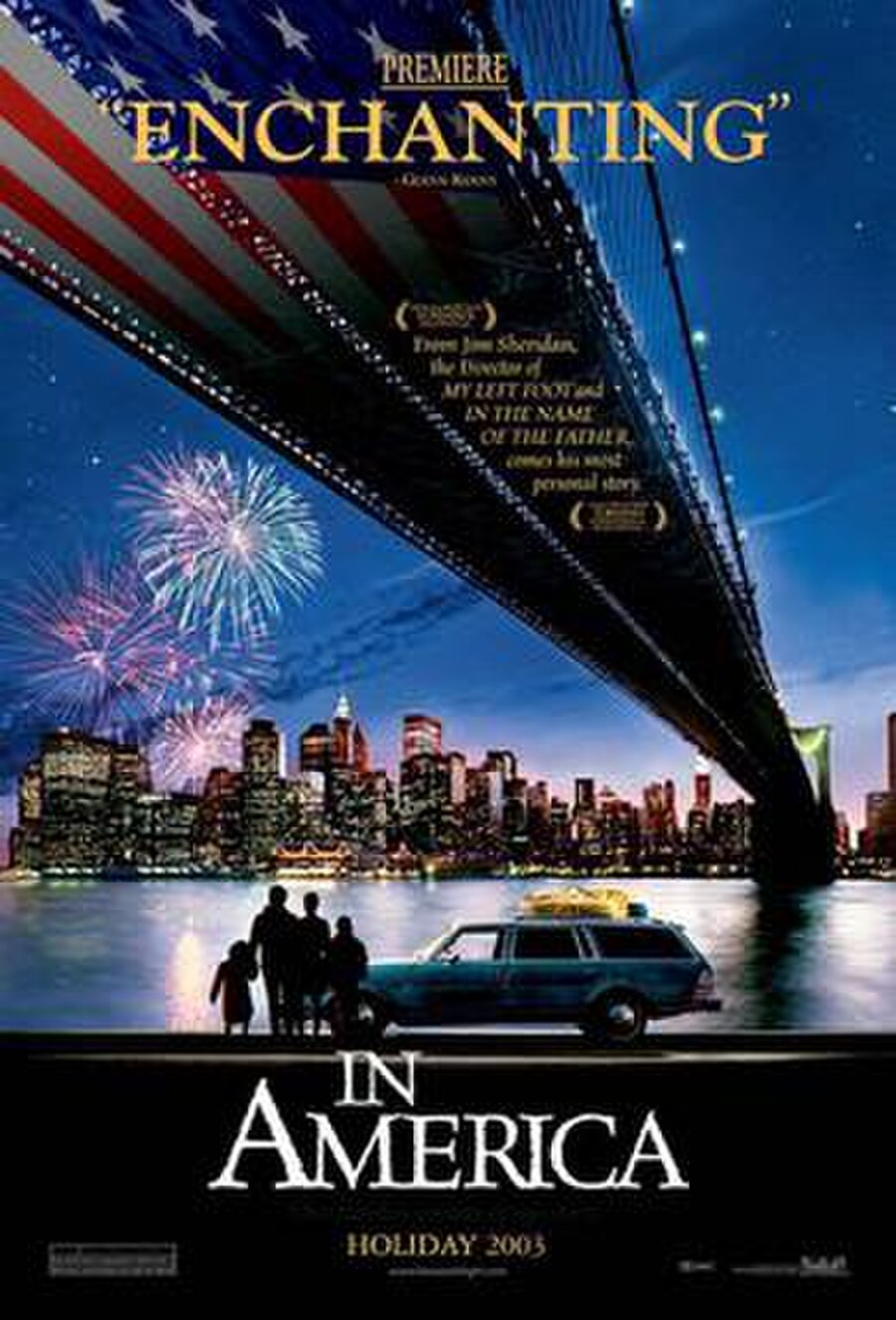 In America is a 2002 road drama film directed by Jim Sheridan. The semi-autobiographical screenplay by Sheridan and his daughters, Naomi and Kirsten, focuses on an immigrant Irish family's struggle to start a new life in New York City, as seen through the eyes of the elder daughter.

In 1985, Johnny and Sarah Sullivan and their daughters Christy and Ariel enter the United States on a tourist visa from Ireland via Canada, where Johnny was working as an actor. The family settles in New York City, in a rundown Hell's Kitchen tenement occupied by drug addicts, transvestites, and a reclusive Nigerian artist/photographer named Mateo Kuamey. Hanging over the family is the death of their five-year-old son Frankie, who died from a brain tumor discovered after a fall down the stairs. The devout Roman Catholic Johnny questions God and has lost any ability to feel true emotions, which has affected his relationship with his family. Christy believes she has been granted three wishes by her dead brother, which she only uses at times of near-dire consequences for the family as they try to survive in New York.