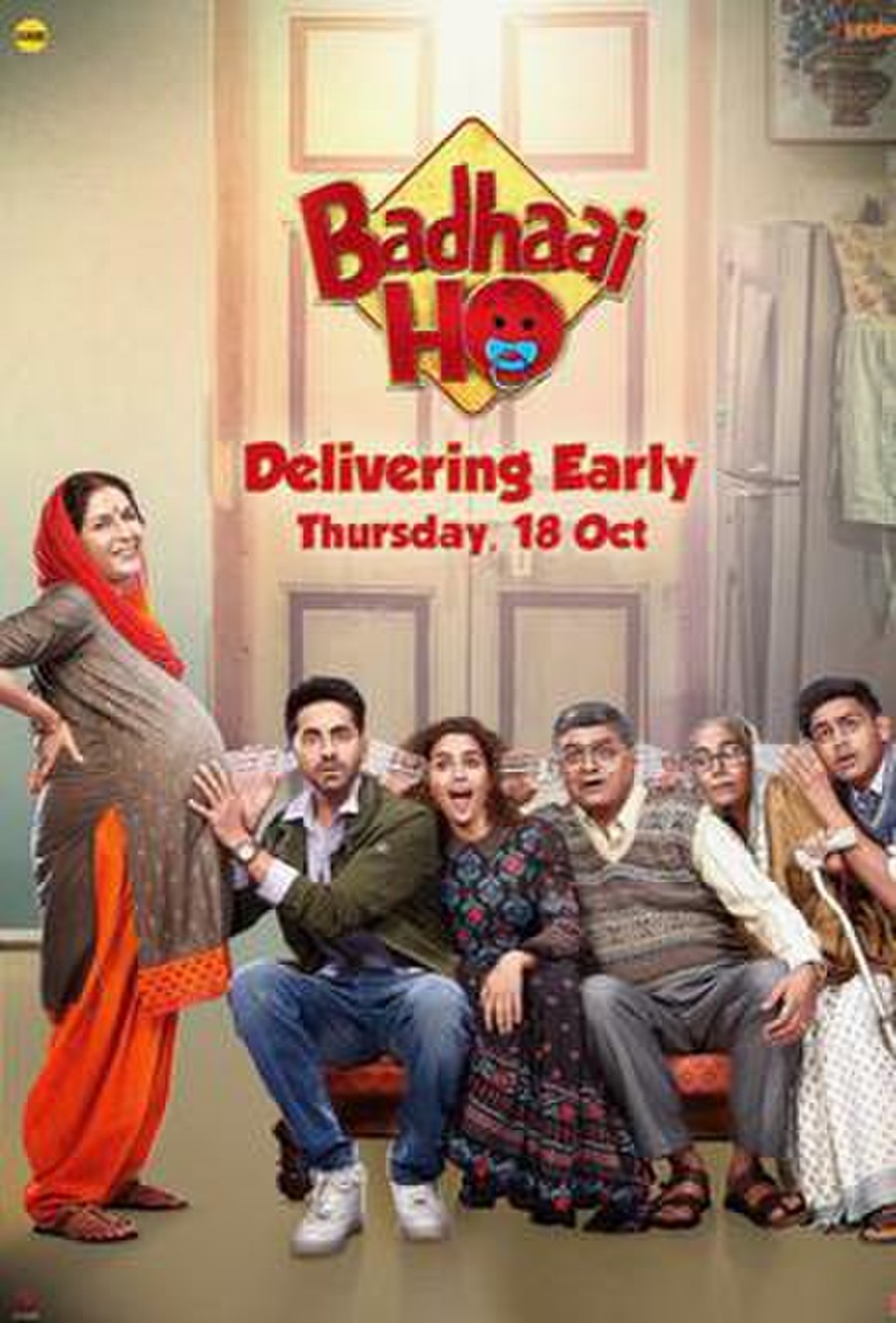 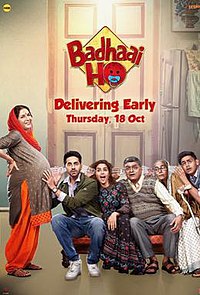 Badhaai Ho (; ) is a 2018 Indian Hindi-language comedy-drama film directed by Amit Ravindernath Sharma. It stars Ayushmann Khurrana and Neena Gupta, with Gajraj Rao, Surekha Sikri, and Sanya Malhotra in supporting roles. The film tells the story of a middle-aged couple who get pregnant, much to the disappointment of their adult son. The film is produced by Vineet Jain, Sharma, Hemant Bhandari and Aleya Sen under the banner of Junglee Pictures and Chrome Pictures, and is written by Shantanu Srivastava and Akshat Ghildial. The film was inspired by the 1994 Malayalam film Pavithram.

Nakul Kaushik (Ayushmann Khurrana), is a 25-year-old working guy and is in a stable relationship with his colleague, Renee (Sanya Malhotra). Her mother Sangeeta (Sheeba Chaddha) likes him and approves of their relationship. His father Jeetender Kaushik (Gajraj Rao), is a middle-aged man working in the Railways. His mother Priyamvada (Neena Gupta) is a typical housewife. His younger brother Gullar (Shardul Rana) is a high school student. His grandmother Durga (Surekha Sikri) always quarrels with Priyamvada and dominates over her son Jeetu. One day, she taunts Priyamvada, who gets upset. Jeetu consoles his wife and they get intimate.