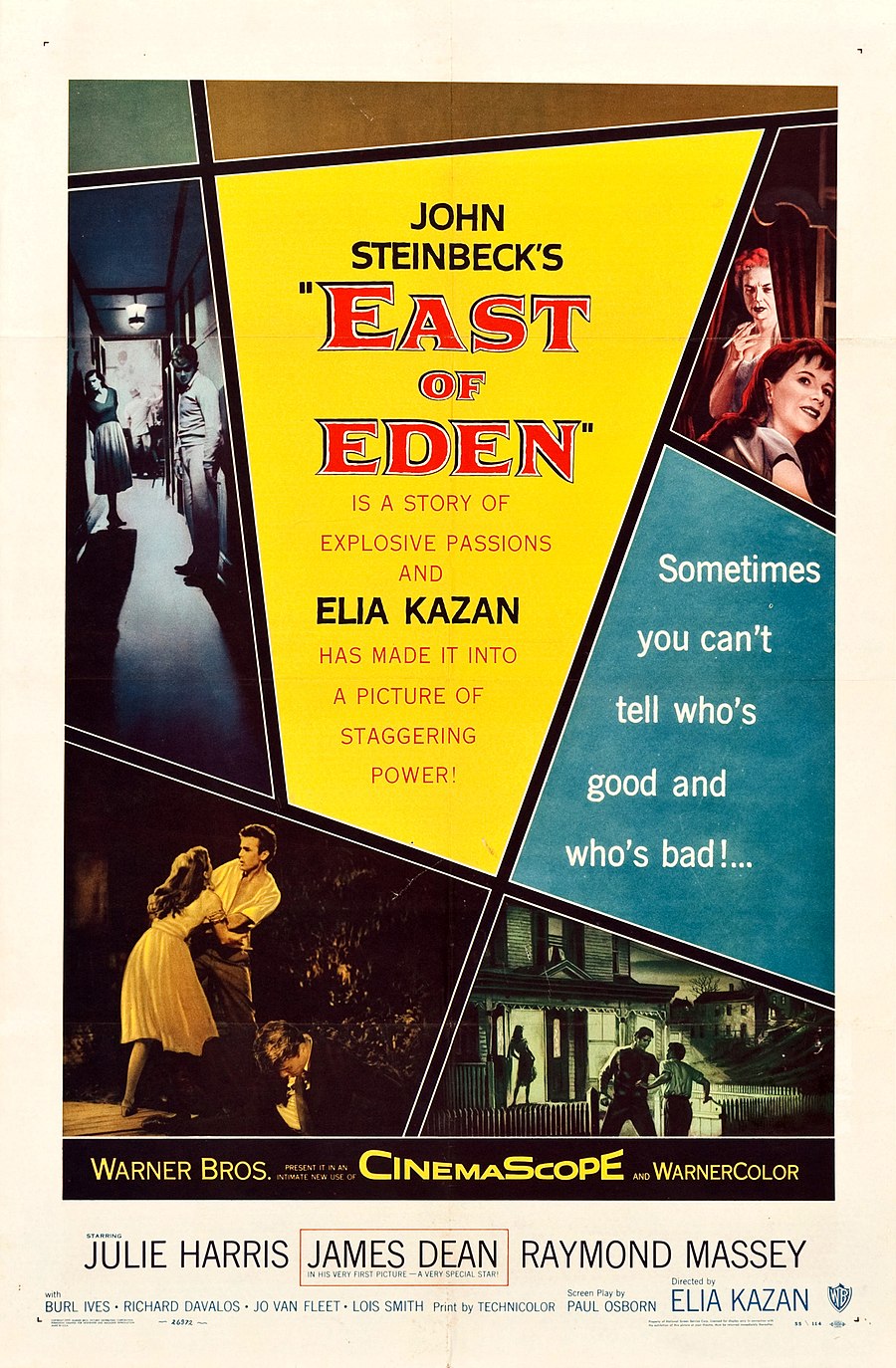 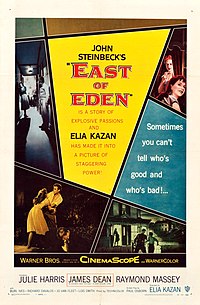 East of Eden is a 1955 drama film, directed by Elia Kazan, and loosely based on the fourth and final part of the 1952 novel of the same name by John Steinbeck. It is about a wayward young man who, while seeking his own identity, vies for the affection of his deeply religious father against his favored brother, thus retelling the story of Cain and Abel.

The plot line is loosely based on the biblical story of Cain and Abel. The story is set in 1917, during World War I, in the central California coastal towns of Monterey and Salinas. Cal and Aron are the young adult sons of a farmer and wartime draft board chairman, Adam Trask, with whom they live in the Salinas valley. Adam is a deeply religious Christian. Cal is moody and embittered by his belief that his father loves only Aron. Aron is courting his girlfriend, Abra. According to Adam, the boys' mother, Kate, is dead and "gone to heaven." However, Cal discovers Kate operates a brothel in nearby Monterey; but does not immediately reveal this to Aron.