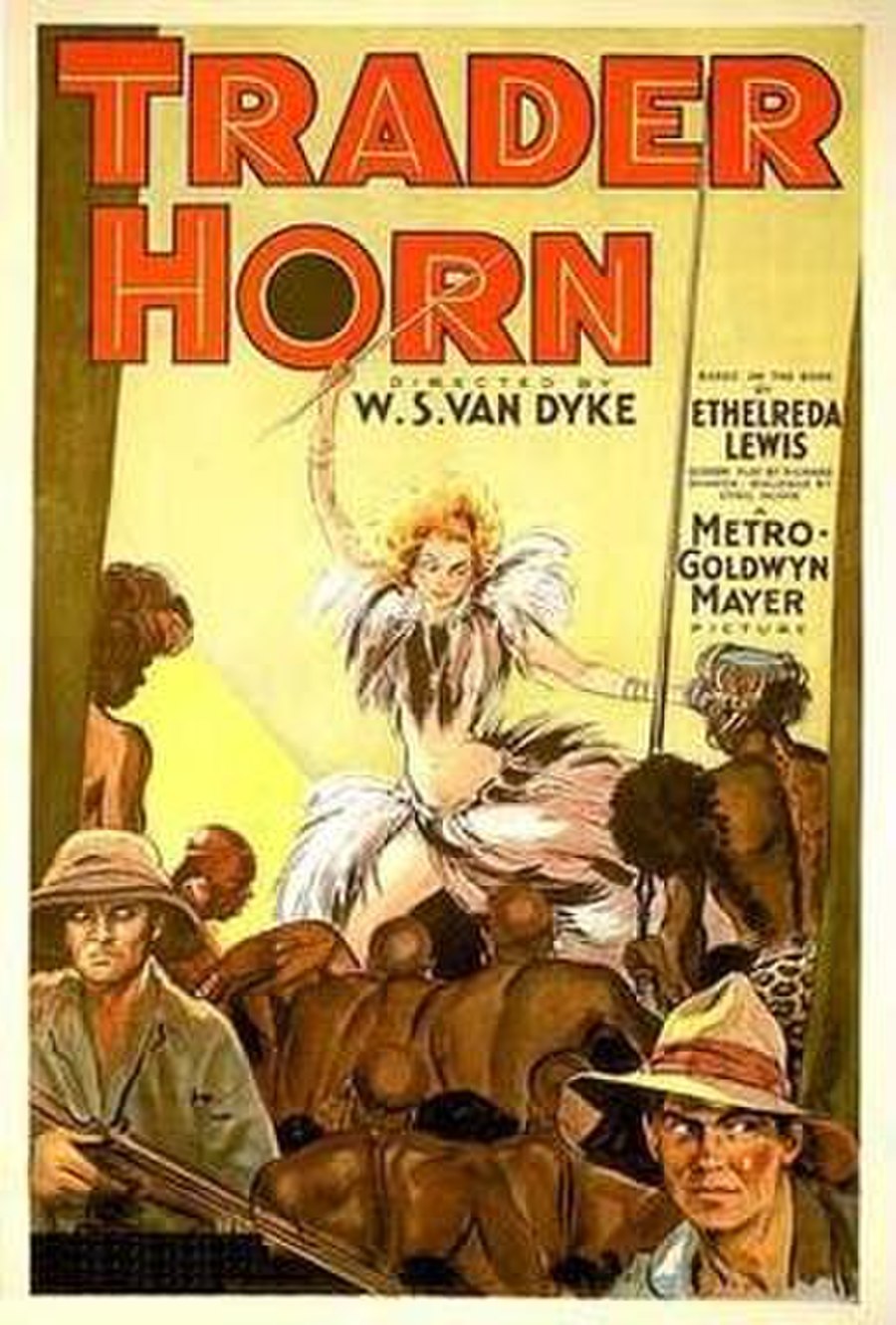 Trader Horn is a 1931 American Pre-Code adventure film directed by W.S. Van Dyke and starring Harry Carey and Edwina Booth. It is the first non-documentary film shot on location in Africa. The film is based on the book of the same name by trader and adventurer Alfred Aloysius Horn and tells of adventures on safari in Africa.

The film depicts the adventures of real-life trader and adventurer Alfred Aloysius "Trader" Horn (Harry Carey), while on safari in Africa. Much of the film is fictional, including the discovery of a white blonde jungle queen, the lost daughter of a missionary (Edwina Booth). A scene based upon a genuine incident occurs in which Carey as Horn swings on a vine across a river filled with genuine crocodiles, one of which comes very close to taking his leg off.