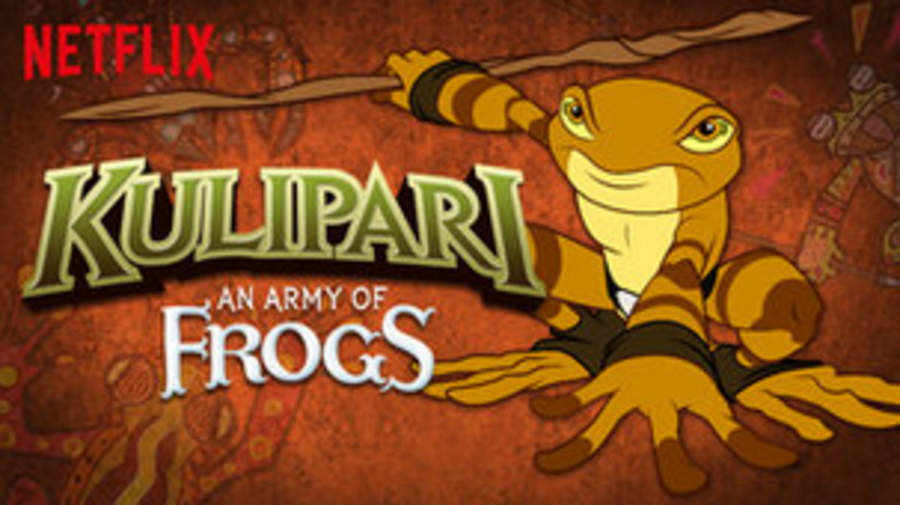 Kulipari is an American Flash animated streaming television series animated by Splash Entertainment. Its first season An Army of Frogs debuted in September 2016 as a Netflix original series. It was produced by Clarise Cameron and Patrick Inness. The show is based on Trevor Pryce's novel series An Army of Frogs. Kulipari: Heritage, a four-issue comic book miniseries, was released from August to November 2016. The series was renewed for a second season called Kulipari: Dream Walker on March 8, 2017, which was released in November 20, 2018. A graphic novel called Kulipari: Warflower was purported to be released on January 1, 2019, but it was canceled.

The series takes place in the Amphibilands—a hidden village of frogs. For many years the inhabitants of the Amphibilands have lived safely, protected by a magical Veil and an elite group of poison frogs called the Kulipari. The story begins with the frogs of the Amphibilands finding their homeland threatened by an army of scorpions teamed up with the magically powerful Spider Queen. Our hero, Darel, a young frog that has always dreamed of joining the Kulipari despite his lack of poison, finds himself at the front of the battle. With the help of his friends, Darel must overcome his anxieties to embrace his dream of becoming a Kulipari warrior and save all the frogs from extinction.