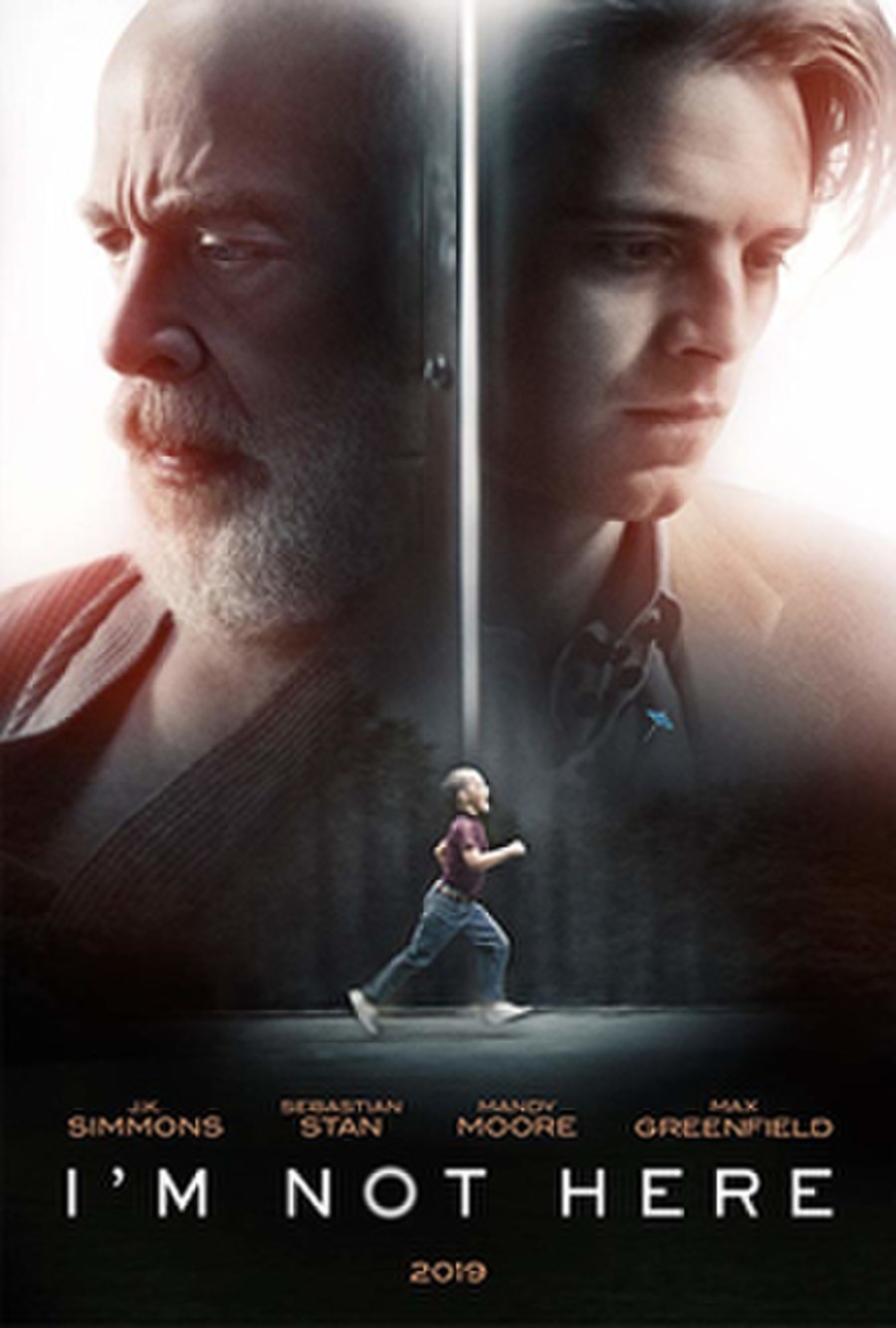 I'm Not Here is a 2017 American drama film, directed, edited, and produced by Michelle Schumacher, from a screenplay by Schumacher and Tony Cummings. It stars J.K. Simmons, Sebastian Stan, Maika Monroe, Mandy Moore, Max Greenfield and Iain Armitage. It had its world premiere at the Raindance Film Festival on September 21, 2017, and was released in the United States on March 8, 2019, by Gravitas Ventures.