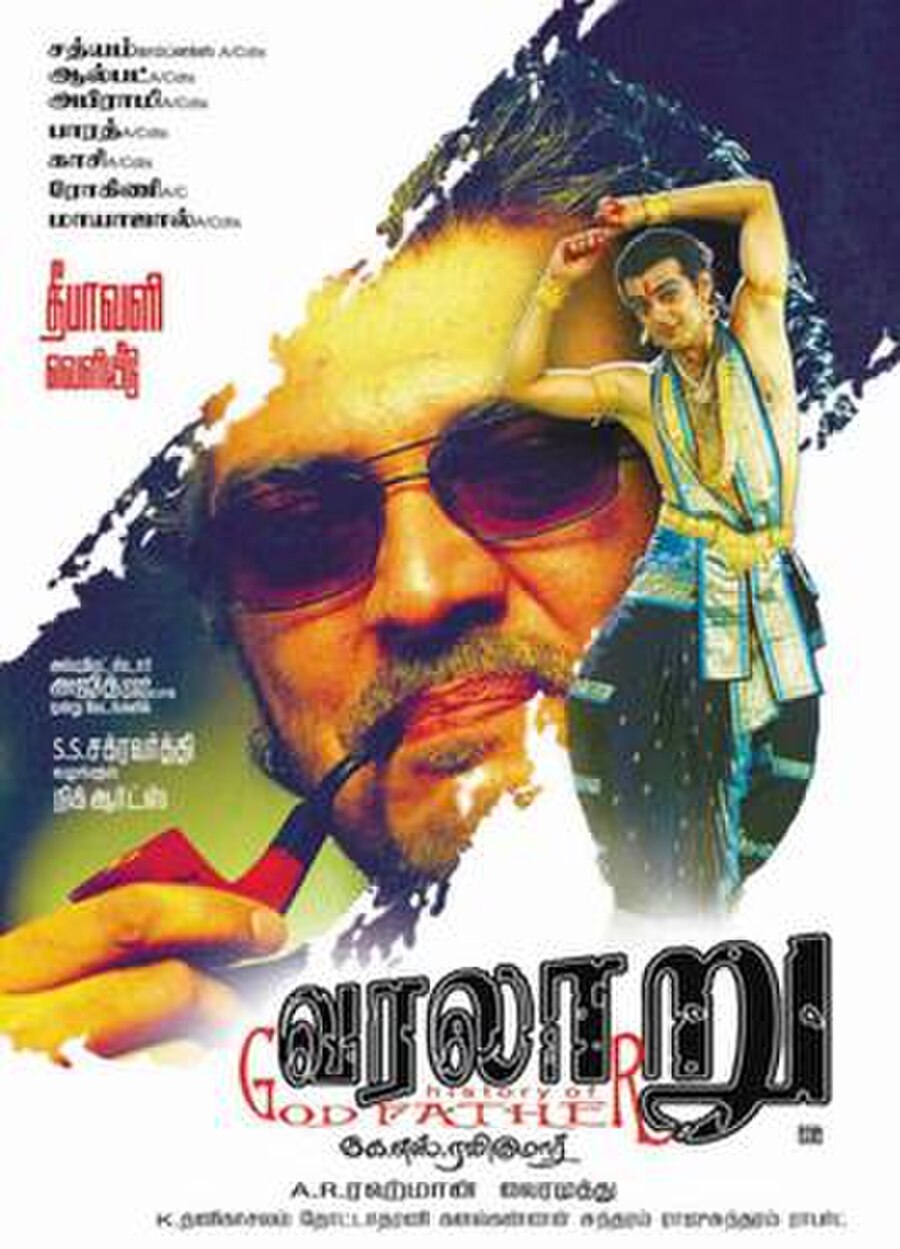 Varalaru: History Of Godfather, or simply known as Varalaru, is a 2006 Indian Tamil-language action drama film written and directed by K. S. Ravikumar, and produced by S. S. Chakravarthy under their production house NIC Arts. The film stars Ajith Kumar in a triple role as a father and his two sons, alongside Asin and Kanika as the female leads; whilst Ramesh Khanna, Suman Setty, Sujatha and M. S. Baskar play other supporting roles. The film's soundtrack and background score were composed by A. R. Rahman. It ran for 175 days.