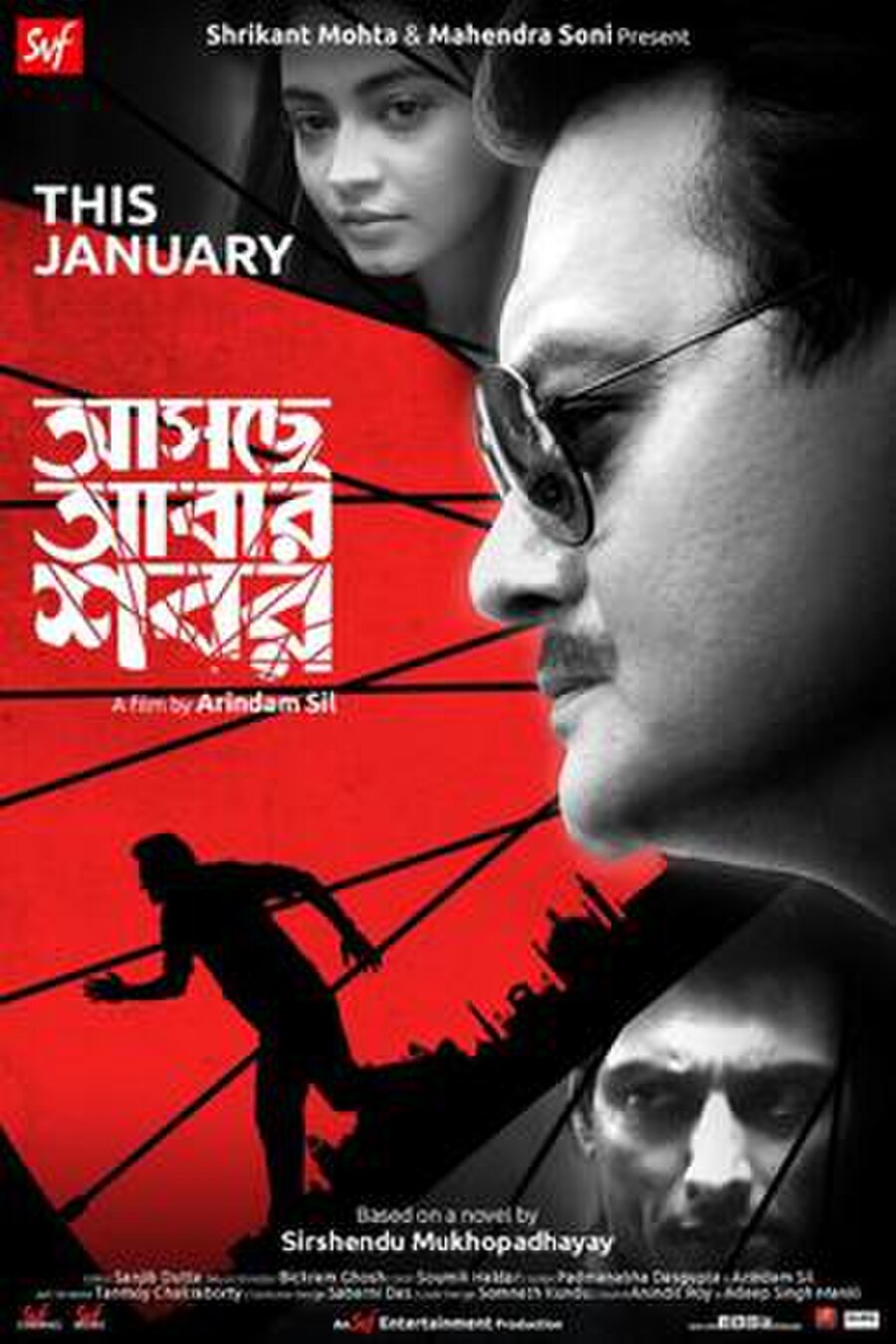 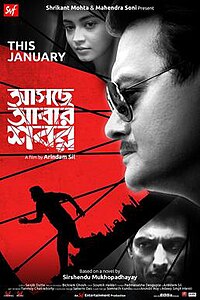 Aschhe Abar Shabor is a 2018 Indian Bengali-language crime thriller film directed by Arindam Sil. It is the sequel to 2016 film Eagoler Chokh and the third installment in the Goenda Shabor film series. The film released on 19 January 2018. It is based on Prajapatir Mrityu O Punorjanmo, a story written by Shirshendu Mukhopadhyay.

The story begins with three young ladies (Anamika Chakraborty as Sofia and her two friends, Uma and Joyi) attend a party together with all of them hooking with different partners. A series of murders haunting the city with two women killed at Beniapukur and Burrabuzar, Sofia was murdered later . While investigating, Police found a dating site with Sofia was associated. Kolkata Police detective Shabor Dasgupta (Saswata Chatterjee) is entrusted with the daunting task of solving the mystery when suddenly another similar murder occurred in Chandannagar. Under orders from DIG Rajat Gupta, ACP Shabor Dasgupta (Saswata Chatterjee), Detective Department, Lalbajar, Kolkata Police along with his assistants Senior Inspector Nandalal Roy(Subhrajeet Dutta) and Senior Inspector Sanjib Das( Gaurav Chakraborty) travel to Chandannager to investigate the possible serial killer who murdered Rinku Roy(Diti Saha) and Sofia( Anamika Chakraborty) and the other two. Bijoy Sen(Indraneil Sengupta ) who is much hated by the locals and was in a relationship with Rinku is suspected of murdering her and is beaten severely at his house by the locals. Shabor Dasgupta forces Nandalal Roy to create a dating site at the same website as Sopia to contact with Sopia's friends and also to find more about a fake profile of Bijoy. Rinku's grandma( Lolita Chaterjee) says Shabor that she had seen someone arriving on a blue car from her window at Bijoy Sen's house before Rinku arrived at that place riding her cycle the night before Rinku was murdered. Shabor questions Sumana( Arunima Ghosh ) about her husband Bijoy Sen. On the other hand, Nandu goes on a date with one of Sopia's friend Uma( Tuhina Das) . Next day Nandu gets a sudden call from Uma while he was on the street with ACP Shabor and Sanjib saying that she was being attacked by someone named Bijoy Sen and just when she was about to say her location she is stopped and killed in a similar way like the previous two cases. Shabor convinces Sumana to meet Biyoy, in case she can bring out any information from Bijoy regarding his involvement. Learing about Sharon (Anjana Basu ), ACP Shabor and Nandu travel to Lucknow to question Sharon and later learns that Sharon and her boyfriend Sujit(Mir Afsar Ali ) do not live in together anymore upon accidentally finding Sharon's advance on Bijoy. Sumana meets Bijoy only to feel sympathy for him. Uma's roommate Joyi(Priyanka Mondal) finds some selfie about Uma's murderer. ACP Shabor asks Joyi to be the bait and blackmail all possible suspects. As Joyi welcomes the suspect to their house, the suspect attacks suddenly and ACP and his team comes to the rescue and chases the criminal behind these crimes to find out its one of her friends, who loved her. Sumana wants to meet with Bijoy once again and finally after meeting him they reconcile. ACP Shabor Dasgupta explains how the negligence of parents about their kids and how pursuing their own interests in turn leaves the child vulnerable and alone in their vital period of childhood.