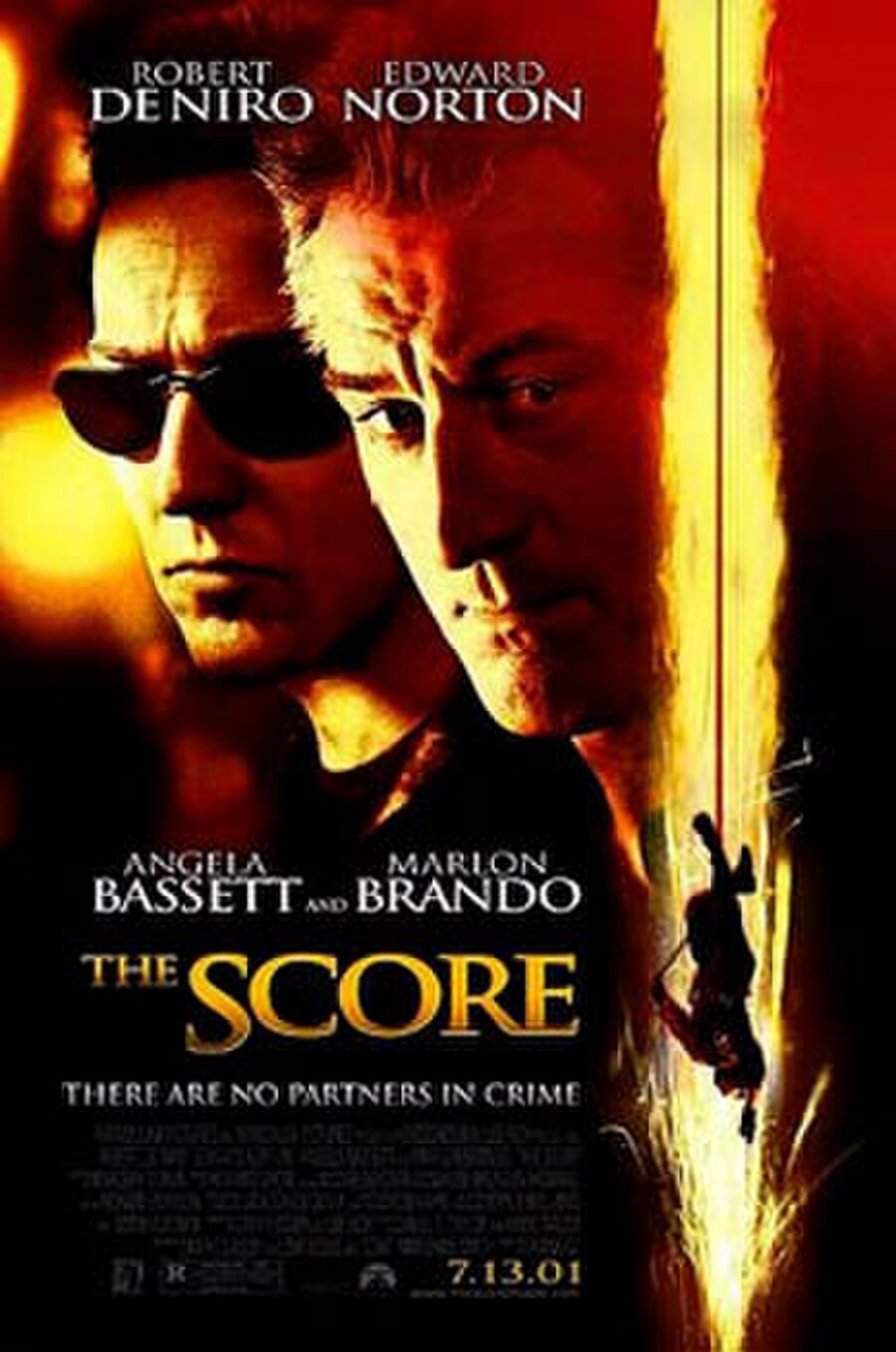 The Score is a 2001 American heist film directed by Frank Oz, and starring Robert De Niro, Edward Norton, Angela Bassett and Marlon Brando in his final film role. It was the only time that Brando and De Niro appeared onscreen together. The screenplay was based on a story by Daniel E. Taylor and Kario Salem.

After nearly being caught on a routine burglary, master safe-cracker Nick Wells decides the time has finally come to retire from his criminal activities. He is enticed into taking one final score by his fence Max. The job, worth a $4 million payoff to Nick, is to steal a sceptre, a French national treasure stored in the ultra-secure basement of the Montréal Customs House. The sceptre was discovered by Customs agents being smuggled into Canada. Max introduces Nick to Jack Teller, an ambitious thief who has infiltrated the Customs House and gained information regarding security by acting as a mentally-challenged janitor.