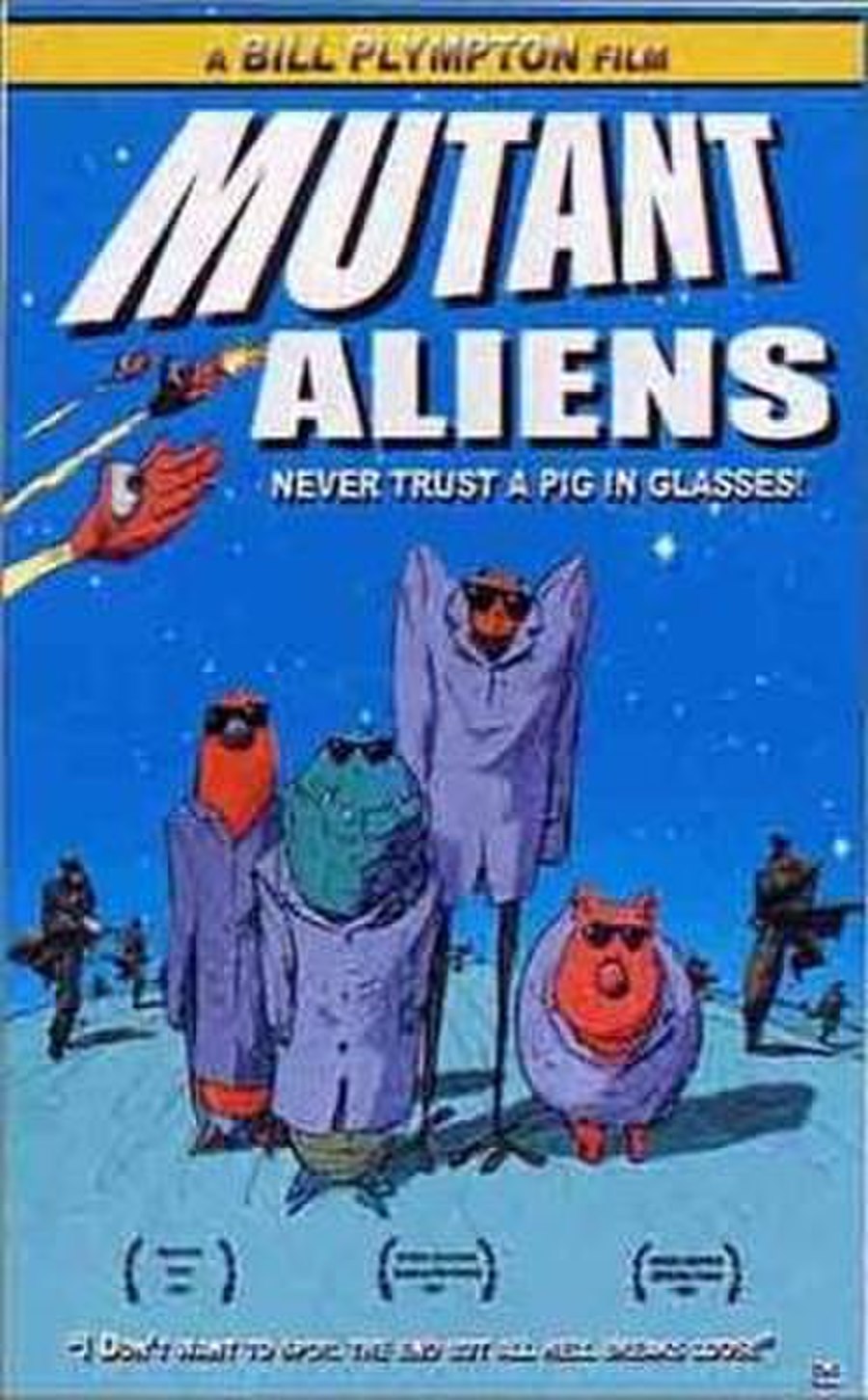 Mutant Aliens is a 2001 adult animated science-fiction-comedy film by American filmmaker Bill Plympton. The film is a spoof of B monster movies, featuring Plympton's own distinctive animation style and gratuitous sex and violence. Mutant Aliens has shown at a number of animation festivals, but has never had a wide theatrical release.

American astronaut Earl Jensen is stranded in space intentionally by the head of the Department of Space. Years later, he returns to Earth. To gain the people's trust, he tells a touching story of the time he has spent on a planet of mutant aliens. Most of the aliens in this story are oversized human body parts. It is later revealed that Jensen has really spent his time in space crossbreeding animals to create an army of mutants, in order to exact his revenge on the corrupt Department of Space head.