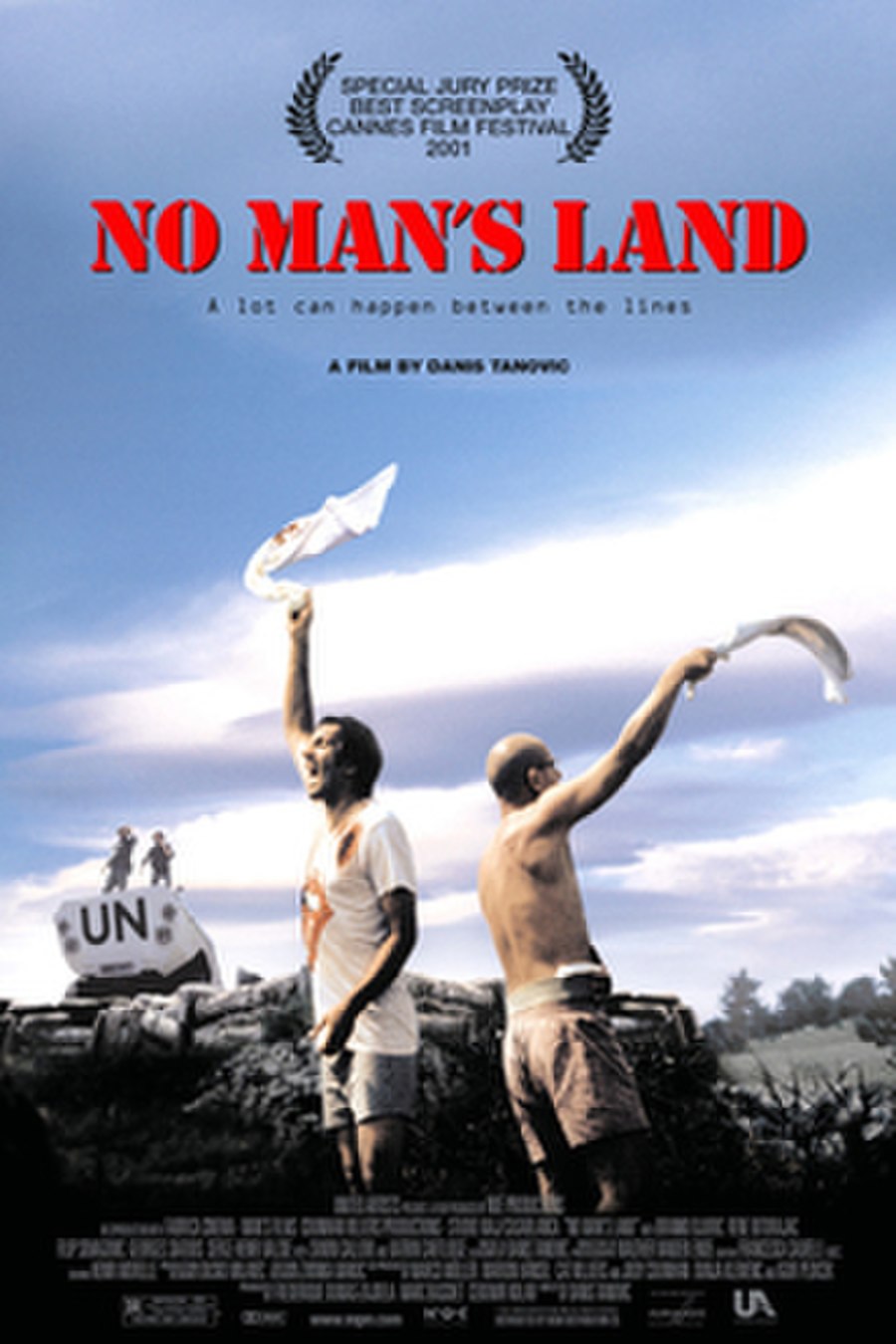 No Man's Land (, Ничија земља) is a 2001 Bosnian war film that is set in the midst of the Bosnian War. The film is a parable and marked the debut of Bosnian writer and director Danis Tanović. It is a co-production among companies in Bosnia and Herzegovina, Slovenia, Italy, France, Belgium and the UK. The film won the Oscar for Best Foreign Language Film in 2001.

Two wounded soldiers, a Bosniak (Čiki, portrayed by Branko Đurić) and a Bosnian Serb (Nino, portrayed by Rene Bitorajac) are caught between their lines in the no man's land, in a struggle for survival. The two soldiers confront each other in a trench, where they wait for dark. They trade insults and even find some common ground. Confounding the situation is another wounded Bosniak soldier (Cera, portrayed by Filip Šovagović) who wakes from unconsciousness. A land mine had been buried beneath him by the Bosnian Serbs; should he make any move, it would be fatal.