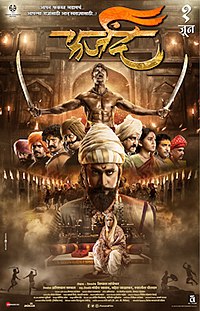 The story begins with the fall of Tanaji Malusare (Ganesh Yadav), in capturing Kondana fort near Pune from a Mughal garrison in 1670. Three years later, when Shivaji's crowning to be held, Chhatrapati Shivaji (Chinmay Mandlekar) wishes that the coronation be held only when his kingdom and his people have peace and security.