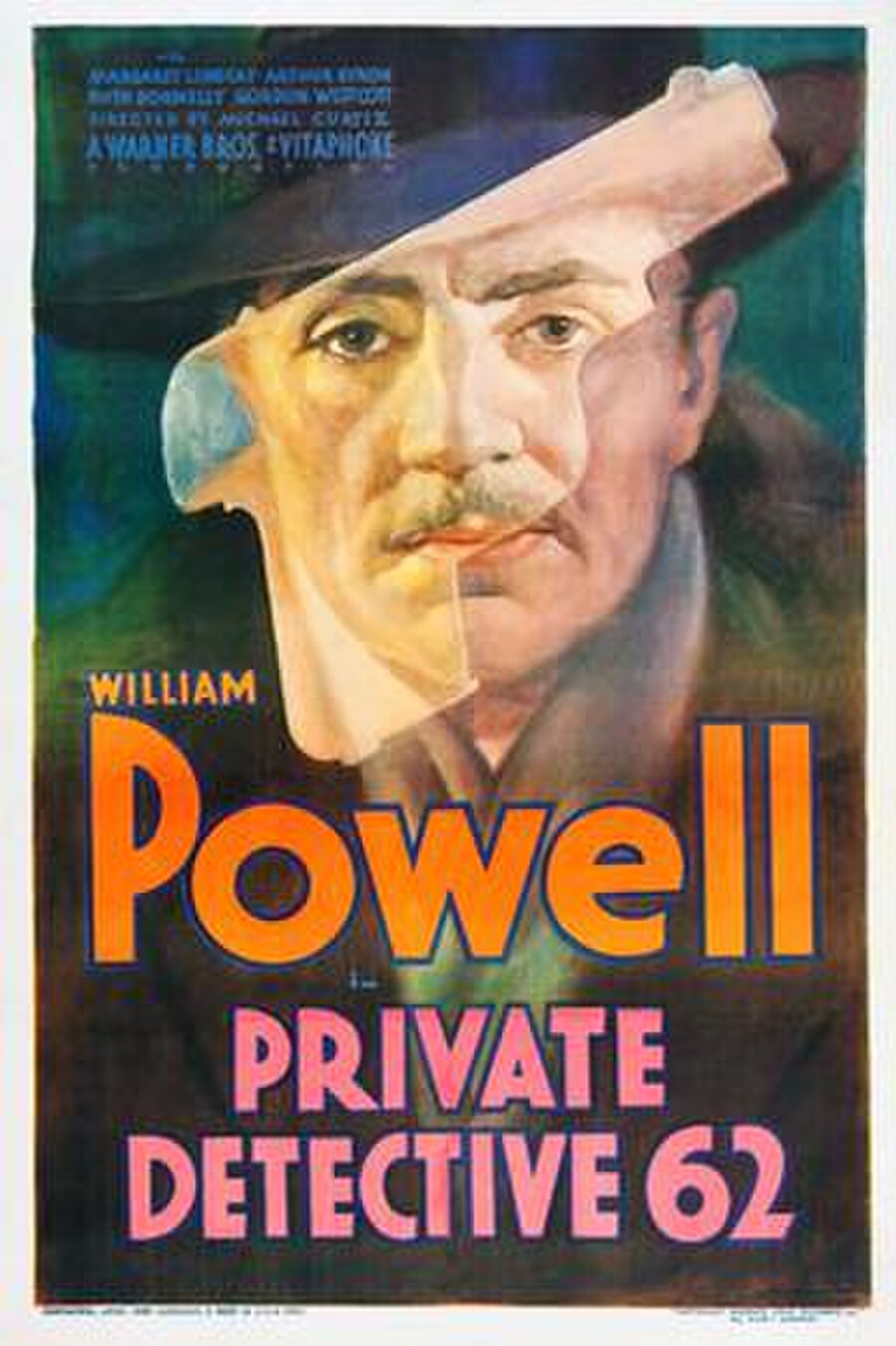 Private Detective 62 is a 1933 American pre-Code detective film directed by Michael Curtiz and starring William Powell. It is a film about a private detective who falls for the beautiful woman he has been hired to frame in a scandal.

In France, United States State Department employee Donald Free (William Powell) is caught trying to steal French state papers. Free is released from his job and is deported. Back in the US, Free has a hard time finding another job due to the Great Depression. Free convinces Dan Hogan (Arthur Hohl), the crooked and incompetent owner of the Peerless Detective Agency, to partner with him. Without Free's knowledge, Hogan becomes financed by gangster Tony Bandor (Gordon Westcott) and business booms.