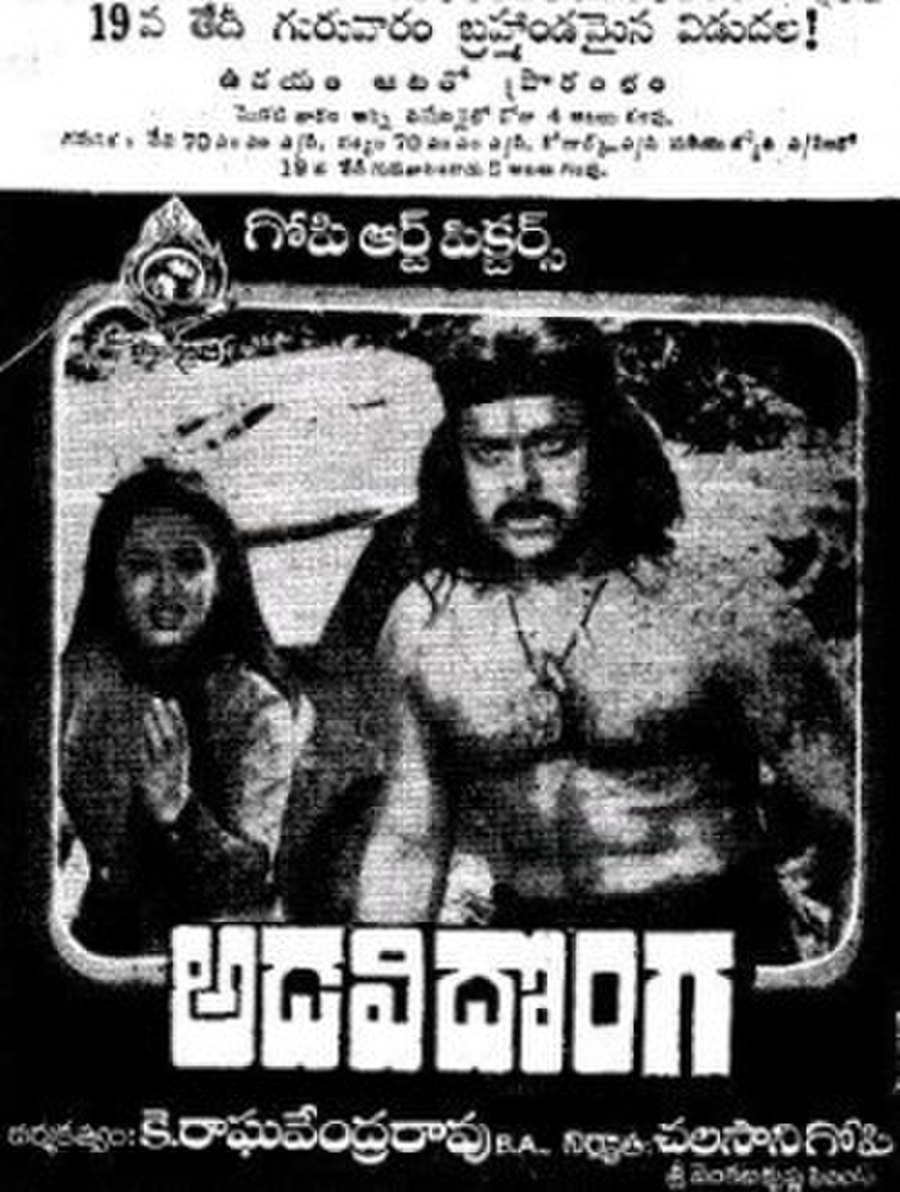 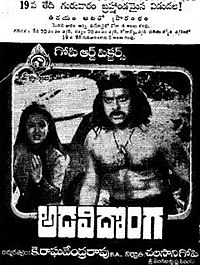 Adavi Donga is a 1985 Telugu film directed by K. Raghavendra Rao. It stars Chiranjeevi, Radha, Sharada, Rao Gopal Rao and others in the lead roles. Chakravarthy composed the music for the film. The film was recorded as a Hit at the box office.

Viswam (Sreedhar Surapaneni) and Vasundhara (Sarada), are an ideal couple who lives near a forest to educate the illiterate forest dwellers to improve their quality of life, and earn more money. Thodella Appala Naidu (Rao Gopal Rao), along with his aides exploit the poor villagers. He buys their products at a very low cost and sells them at a higher price in the nearby town. With the help of Viswam and Vasundhara, they recognize the value of their products and start selling by themselves in the town. Appala Naidu goes to Viswam's house, and propose to them to join hands with him so they would collectively exploit the people. When they reject that proposal, he decides to eliminate them.