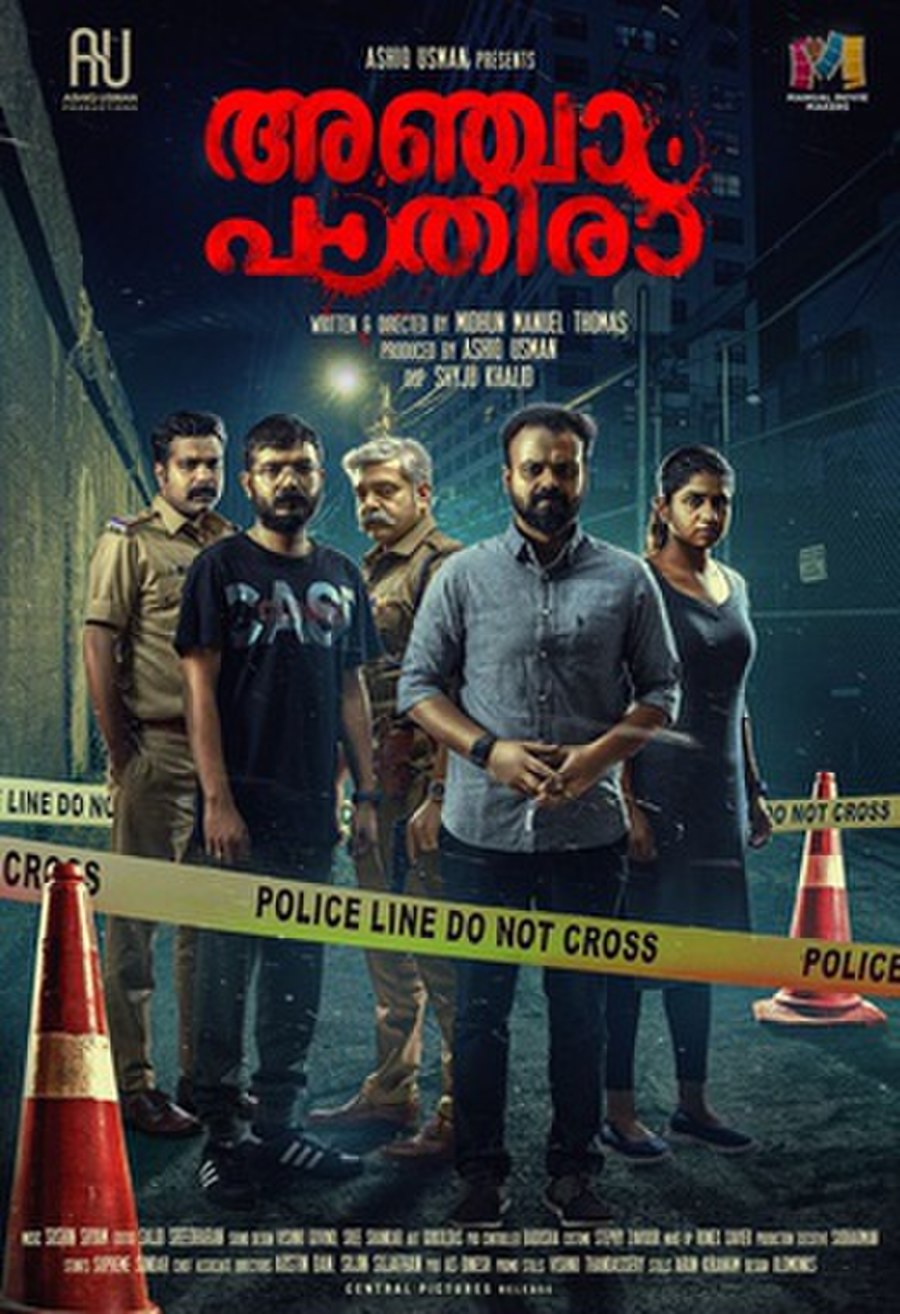 Anjaam Pathiraa is a 2020 Indian Malayalam-language crime thriller film written and directed by Midhun Manuel Thomas. The film stars Kunchacko Boban, Sharaf U Dheen, Unnimaya Prasad, Jinu Joseph, and Sreenath Bhasi in substantial roles. Sushin Shyam composed the music, while Shyju Khalid was the cinematographer. The plot follows a squad of police sleuths assisted by a consultant criminologist, Anwar Hussain, as they attempt to unveil the identity of a faceless killer who employs brutal tactics to slay his victims.

Anwar Hussain is a psychologist who works as a consulting criminologist in Kochi City Police on the special recommendation of his friend ACP Anil Madhavan. One night, DYSP Abraham Koshi is abducted and his corpse is left in a gypsum field with eyes and heart eviscerated. The investigation is headed by DCP Catherine. The autopsy report shows zolpidem presence in the body, but no signs of coercion.