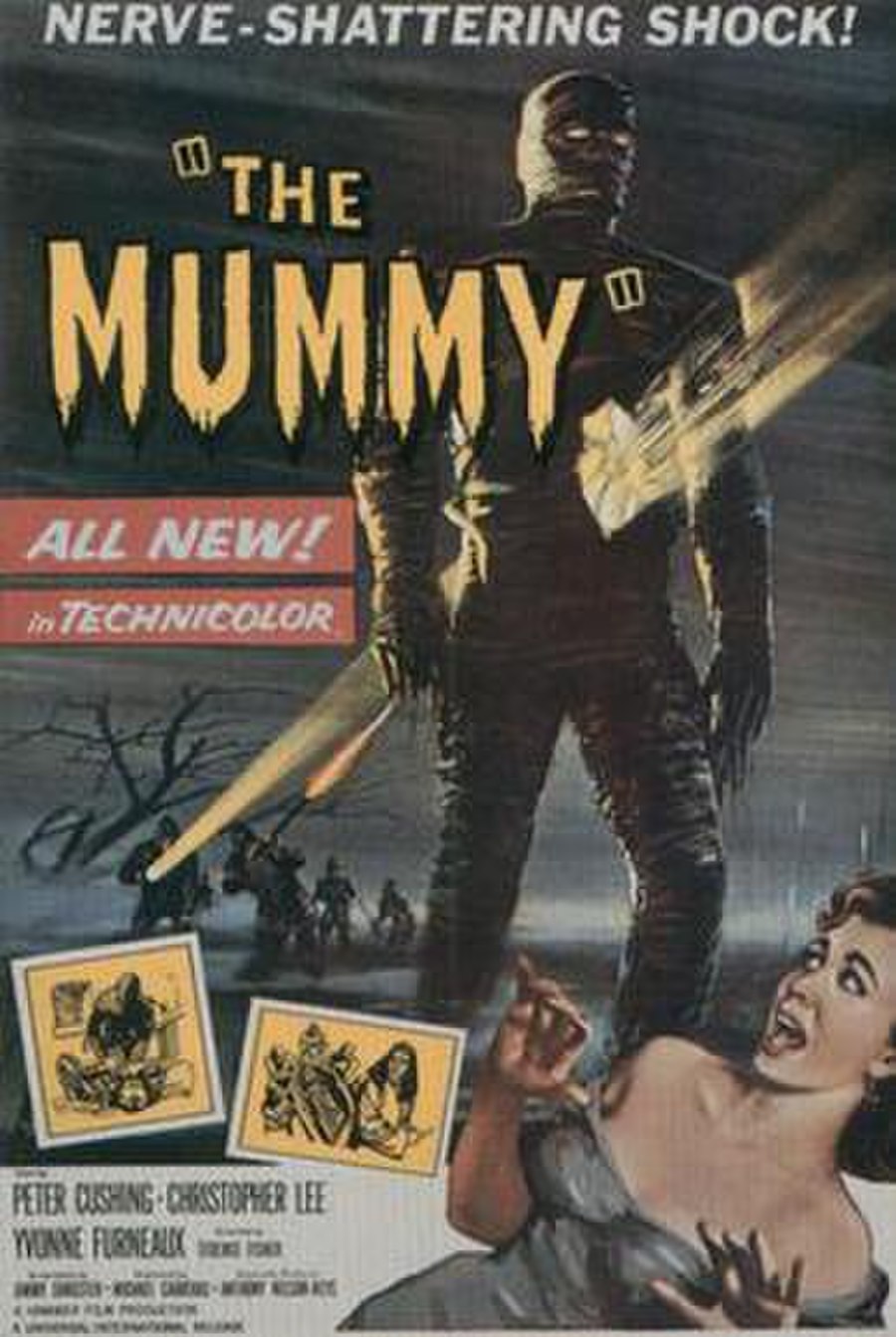 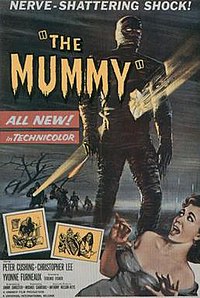 The Mummy is a 1959 British horror film, directed by Terence Fisher and starring Peter Cushing and Christopher Lee. It was written by Jimmy Sangster and produced by Michael Carreras and Anthony Nelson Keys for Hammer Film Productions. The film was distributed in the U.S. in 1959 on a double bill with either the Vincent Price film The Bat or the Universal film Curse of the Undead.

In Egypt in 1895, archaeologists John Banning, his father Stephen and his uncle Joseph Whemple are searching for the tomb of Princess Ananka, the high priestess of the god Karnak. John has a broken leg and cannot accompany his father and uncle when they open the tomb. Before they enter, an Egyptian named Mehemet Bey warns them not to go in, lest they face the fatal curse against desecrators. Stephen and Joseph ignore him, and discover within the sarcophagus of Ananka. After Joseph leaves to tell John the good news, Stephen finds the Scroll of Life and reads from it. Outside, members of the archaeological team hear his screams and rush into the tomb to find Stephen in a catatonic state.