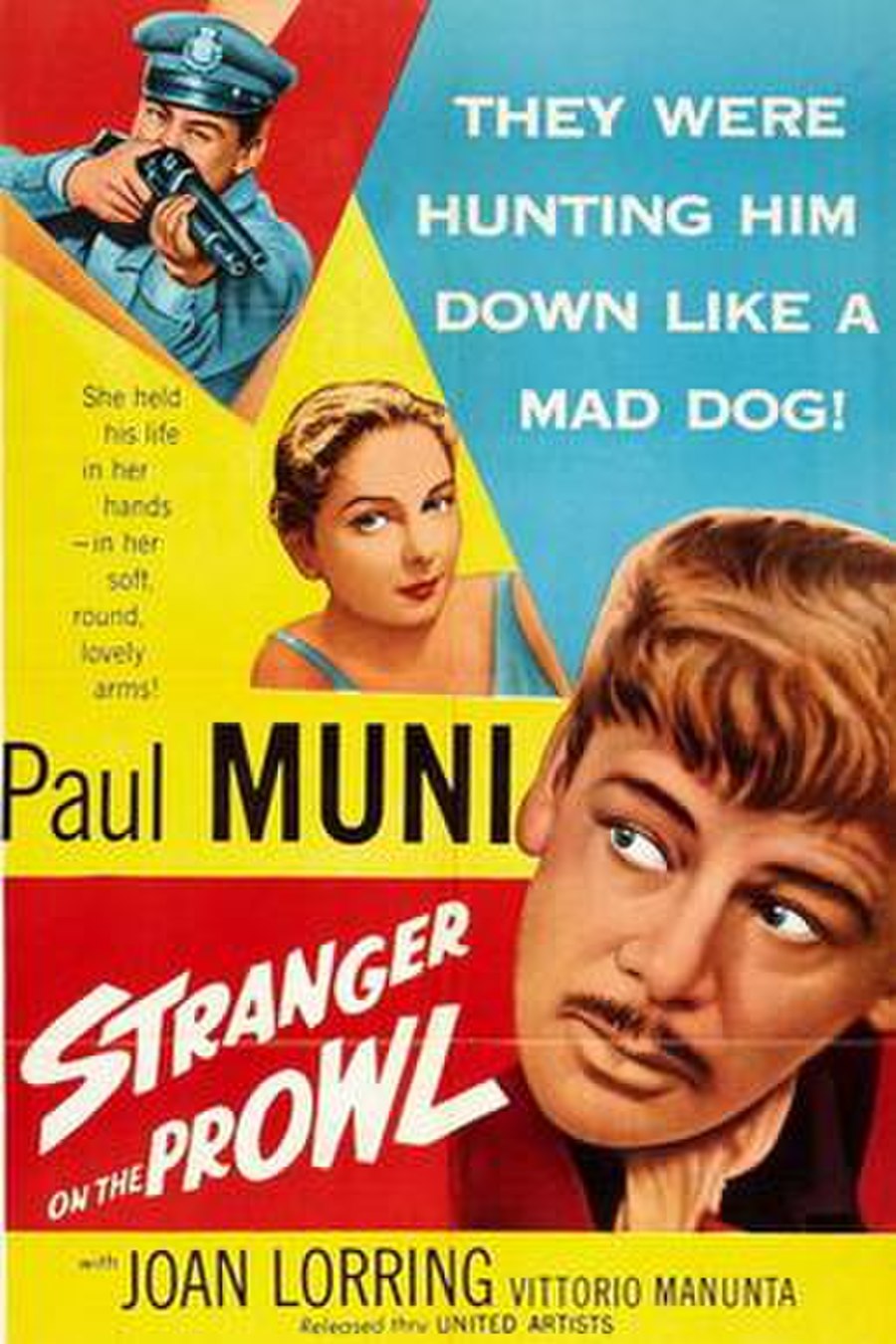 Imbarco a mezzanotte (internationally released as Stranger on the Prowl, also known as Giacomo and Encounter) is a 1952 Italian drama film directed by Joseph Losey and featuring Paul Muni. Muni traveled to Italy to star in the film partly as an act of solidarity and support for blacklisted friends living there in exile.

A disillusioned vagrant (Paul Muni) accidentally kills a shop owner, and is joined by a rebellious youngster in his flight from apprehension.