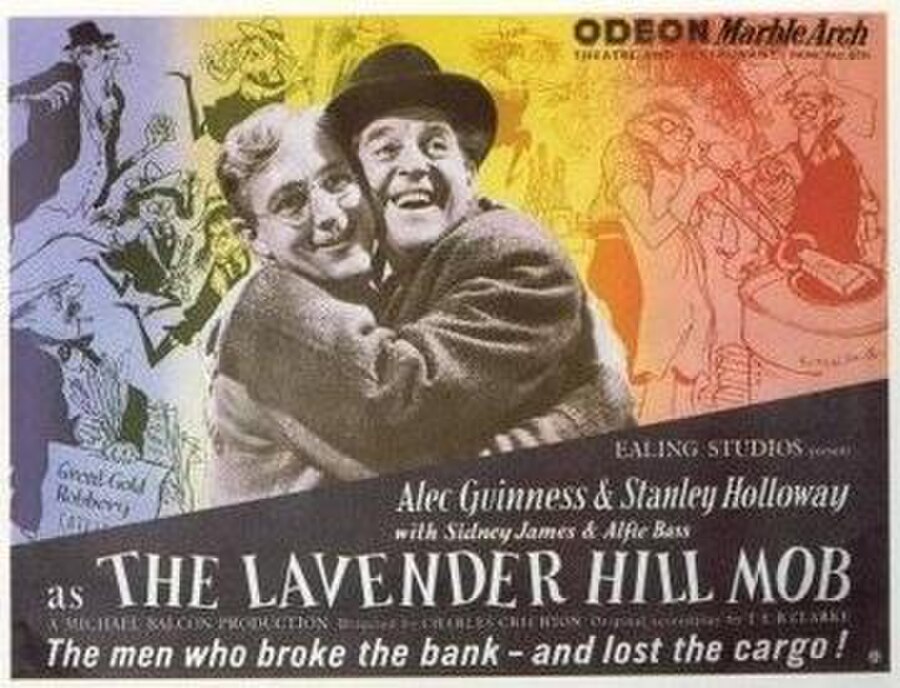 The Lavender Hill Mob is a 1951 comedy film from Ealing Studios, written by T. E. B. Clarke, directed by Charles Crichton, starring Alec Guinness and Stanley Holloway and featuring Sid James and Alfie Bass. The title refers to Lavender Hill, a street in Battersea, a district of South London, in the postcode district SW11, near to Clapham Junction railway station.

Henry Holland (Alec Guinness) is dining with a fellow Briton in a posh restaurant in Rio de Janeiro where he is well known. He relates a story explaining his presence in Rio. It seems he was an apparently unambitious London bank clerk in charge of gold bullion deliveries for over 20 years. He had a reputation for fussing over details and suspecting all cars he observed following the bullion van, but all in all appeared to be a man dedicated to his job and the gold's security. In fact, he had hatched the "perfect" plot to steal a load of bullion and retire. The one thing stopping him had been that selling the gold on the black market in Britain was too risky, and he was at a loss as to how to smuggle it abroad.