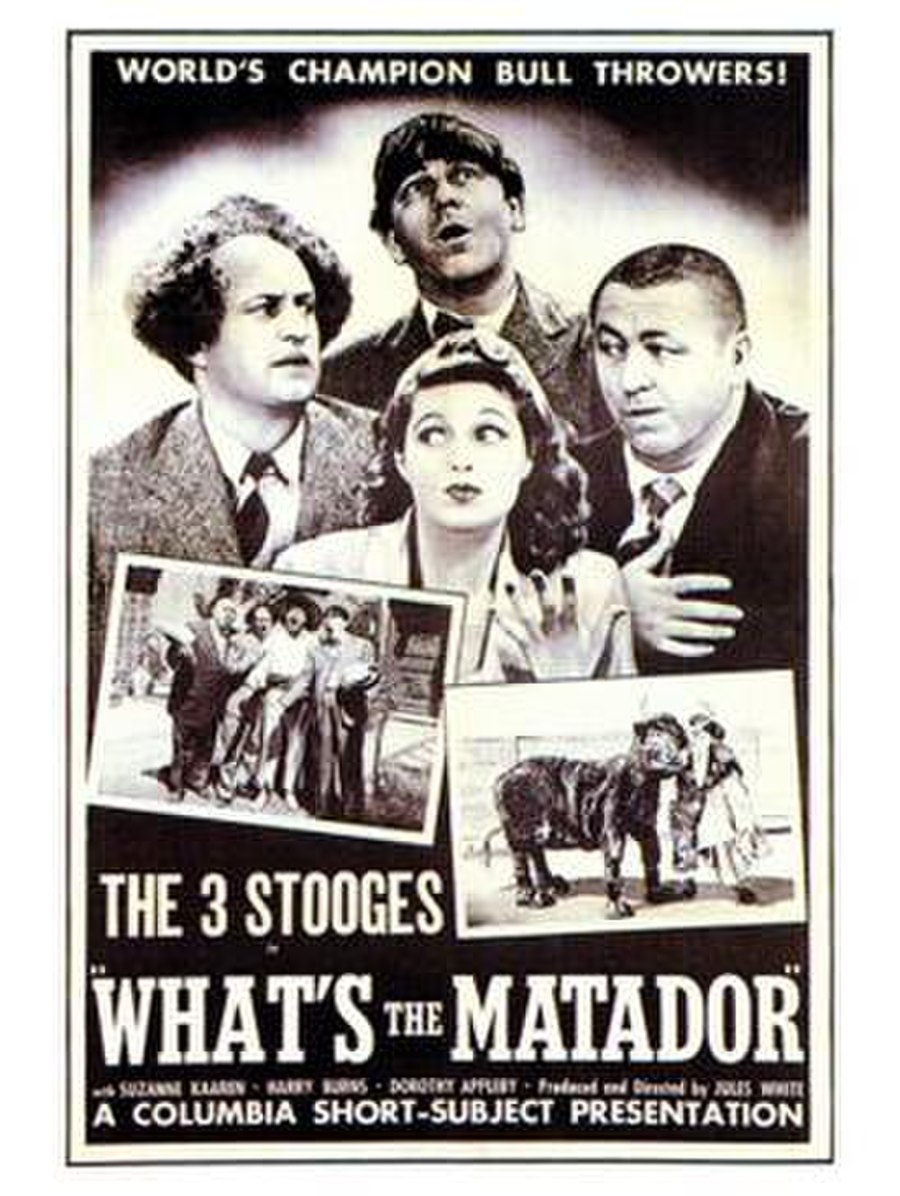 What's the Matador? is a 1942 short subject directed by Jules White starring American slapstick comedy team The Three Stooges (Moe Howard, Larry Fine and Curly Howard). It is the 62nd entry in the series released by Columbia Pictures starring the comedians, who released 190 shorts for the studio between 1934 and 1959.

The Stooges are vaudeville entertainers who trek to Mexico to perform their gag bullfight shtick, with Curly as the brave matador, and Moe and Larry dressed in a bull costume. Along the way, they cross paths with attractive senorita Dolores Sanchez (Suzanne Kaaren). They also cross paths with her evil jealous, and hot-tempered, man-hating husband named José (Harry Burns). In an act of revenge on Curly for flirting with Dolores, José pays the bullring attendants to release a live bull into the ring. Moe and Larry flee the ring, but Curly is unaware of the switch. He eventually head-butts the wild animal, and is paraded out of the ring to the rousing cheers of "Olé, Americano!"