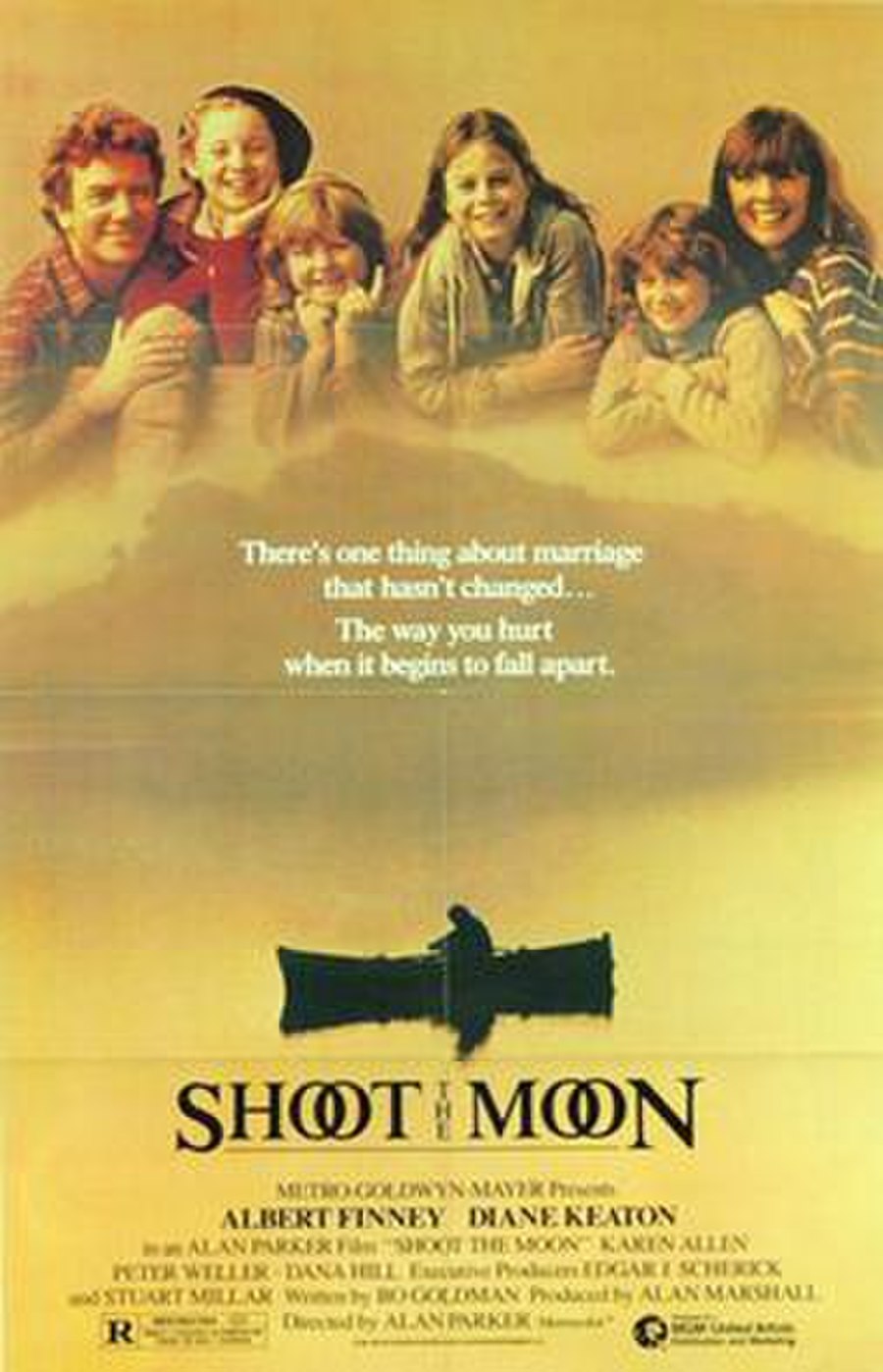 Shoot the Moon is a 1982 American drama film directed by Alan Parker, and written by Bo Goldman. It stars Albert Finney, Diane Keaton, Karen Allen, Peter Weller and Dana Hill. Set in Marin County, California, the film follows George (Finney) and Faith Dunlap (Keaton), whose deteriorating marriage, separation and love affairs devastate their four children. The title of the film alludes to the move of "shooting the moon" in the card game Hearts.

In Marin County, California, writer George Dunlap and his wife Faith are an unhappy couple who live with their daughters Sherry, Jill, Marianne and Molly in a farmhouse that George has refurbished. George is preparing to attend an awards banquet in his honor, when he receives a phone call from Sandy, a single mother with whom he has begun an affair. Sherry, the oldest of the four children, picks up the phone and listens in on the conversation.