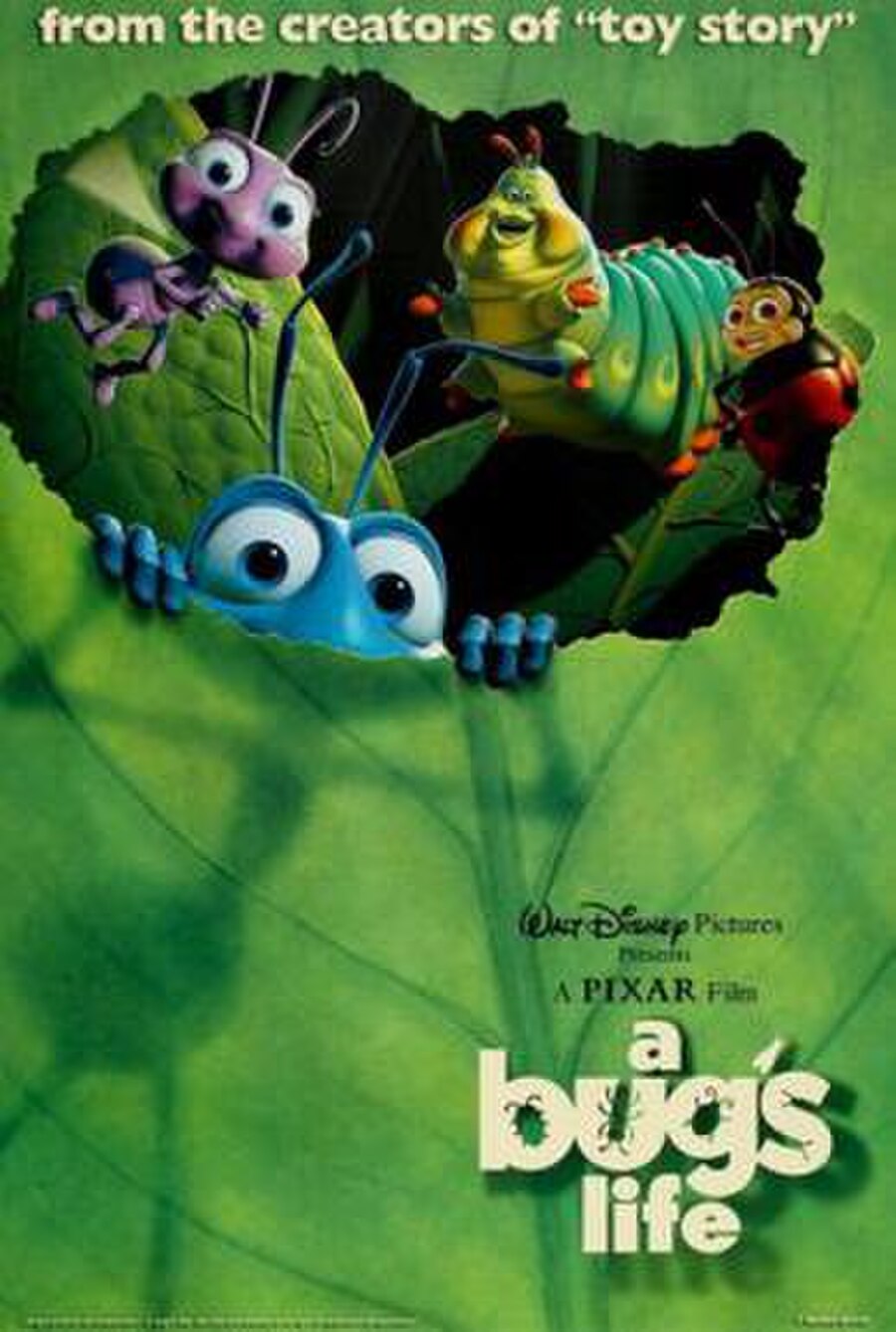 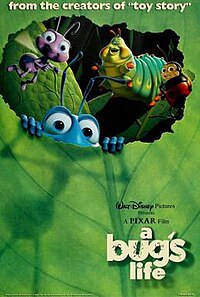 A Bug's Life is a 1998 American computer-animated comedy film produced by Pixar Animation Studios for Walt Disney Pictures. It was the second film produced by Pixar. Directed by John Lasseter and co-directed and written by Andrew Stanton, the film involves a misfit ant, Flik, who is looking for "tough warriors" to save his colony from hungry grasshoppers, only to recruit a group of insects that turn out to be an inept circus troupe. The film stars the voices of Dave Foley, Kevin Spacey, Julia Louis-Dreyfus and Hayden Panettiere among others.

Ant Island is a colony of ants led by the retiring Queen and her daughter, Princess Atta. Every season, they are forced to give food to a gang of marauding grasshoppers led by Hopper. One day, when individualist and inventor Flik, one of the ants, inadvertently knocks the offering into a stream with his latest invention, a grain harvesting device, Hopper demands twice as much food as compensation. When Flik suggests in earnest that they seek help from other stronger bugs, the other ants see it as an opportunity to remove him and send him off.