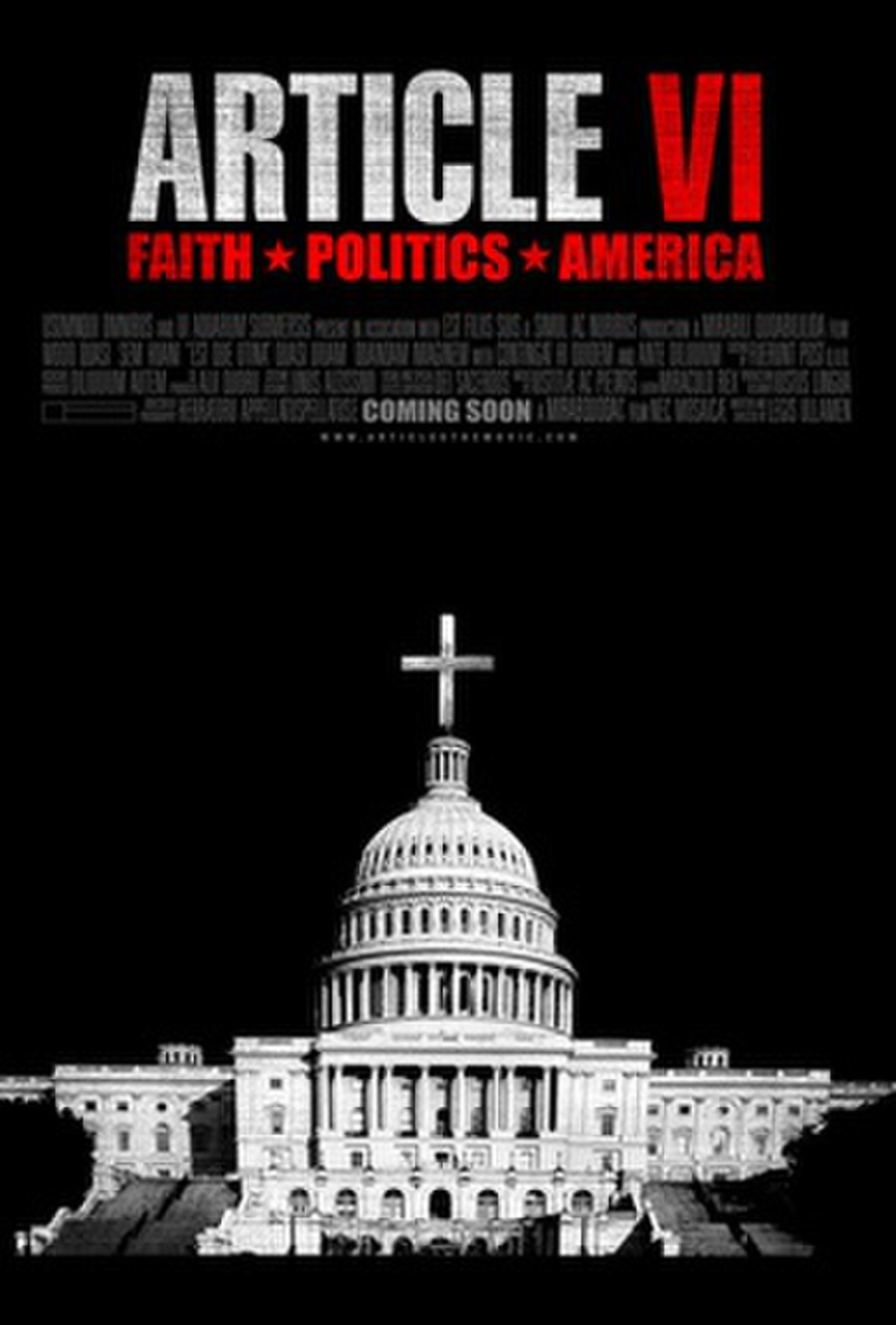 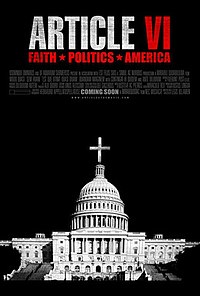 Article VI: Faith. Politics. America is a 2008 documentary film about religion and politics.

The story follows filmmaker Bryan Hall's experience as a Mormon during the 2008 Presidential race. While following the debates, Hall becomes increasingly aware of the escalating attacks against a particular candidate over his religion: Mitt Romney, who happens to also be a Mormon. Hall decides to investigate this issue and comes to realize that the issue of religious bigotry in politics goes far beyond his own faith. It has been the subject of intense argument from the earliest days of the American colonies. In the end, Hall makes the case for the need for religious tolerance in America; not just for his religion, but for all religions.