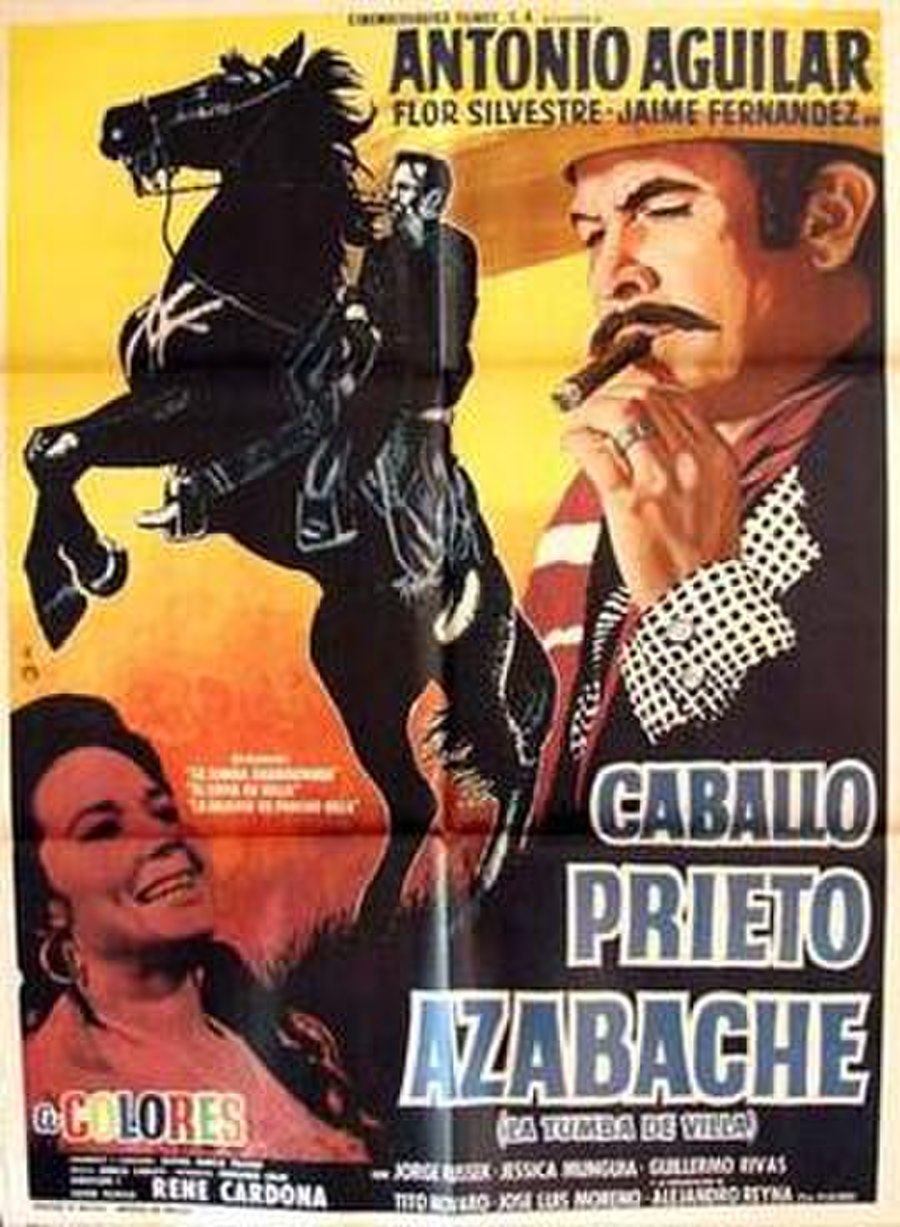 Caballo prieto azabache (La tumba de Villa) is a 1968 Mexican historical drama film starring Antonio Aguilar, Flor Silvestre, and Jaime Fernández. It focuses on a horse breeder named Jesús who is set on buying a horse known as "Caballo prieto" (dark horse) and pursuing a relationship with a singer named Genoveva Alarios. With he and Genoveva eventually recruited as spies for the revolutionary leader Pancho Villa. The film was successful at the box-office and stayed in theaters for a surprising nine weeks.