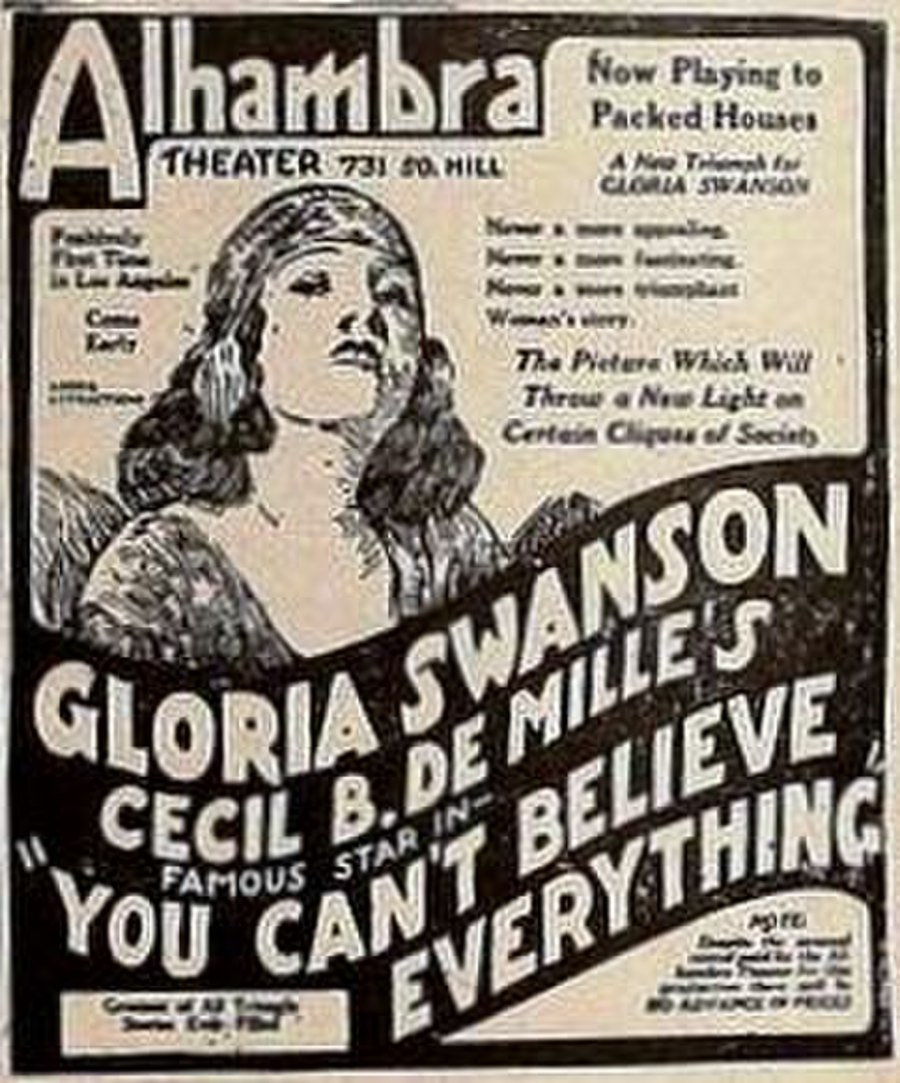 You Can't Believe Everything 1918

You Can't Believe Everything is a 1918 American silent drama film directed by Jack Conway and starring Gloria Swanson. It is not known whether the film currently survives, and it is likely to be a lost film.

As described in a film magazine, Jim Wheeler (Peil), believing himself hopelessly crippled, stifles his love for Patricia Reynolds (Swanson), the belle of society's favorite summer colony. A number of thoughtless flirtations have resulted in a few of the young men falling desperately in love with her. One of these attempts to force his love on her, but she leaps from his automobile. On the way back to the hotel she rescues Jim from drowning, the method he had chosen to end his life. She promises to keep his secret and, when accused of being in a roadhouse by the social leaders, she is unable to explain her whereabouts on the night in question. To protect her name, Haston Carson (Richardson) says that she was with him. In the meantime Jim has left with a medical specialist, to be cured or killed. He returns a well man just in time to save Patricia from social ostracism from her supposed indiscretions.