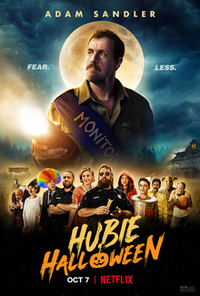 Hubie Dubois (Adam Sandler) is a delicatessen employee in Salem, Massachusetts who is ridiculed by almost the entire city, and is the butt of many practical jokes. Hubie spends his time during Halloween monitoring the city as the official Halloween Helper.