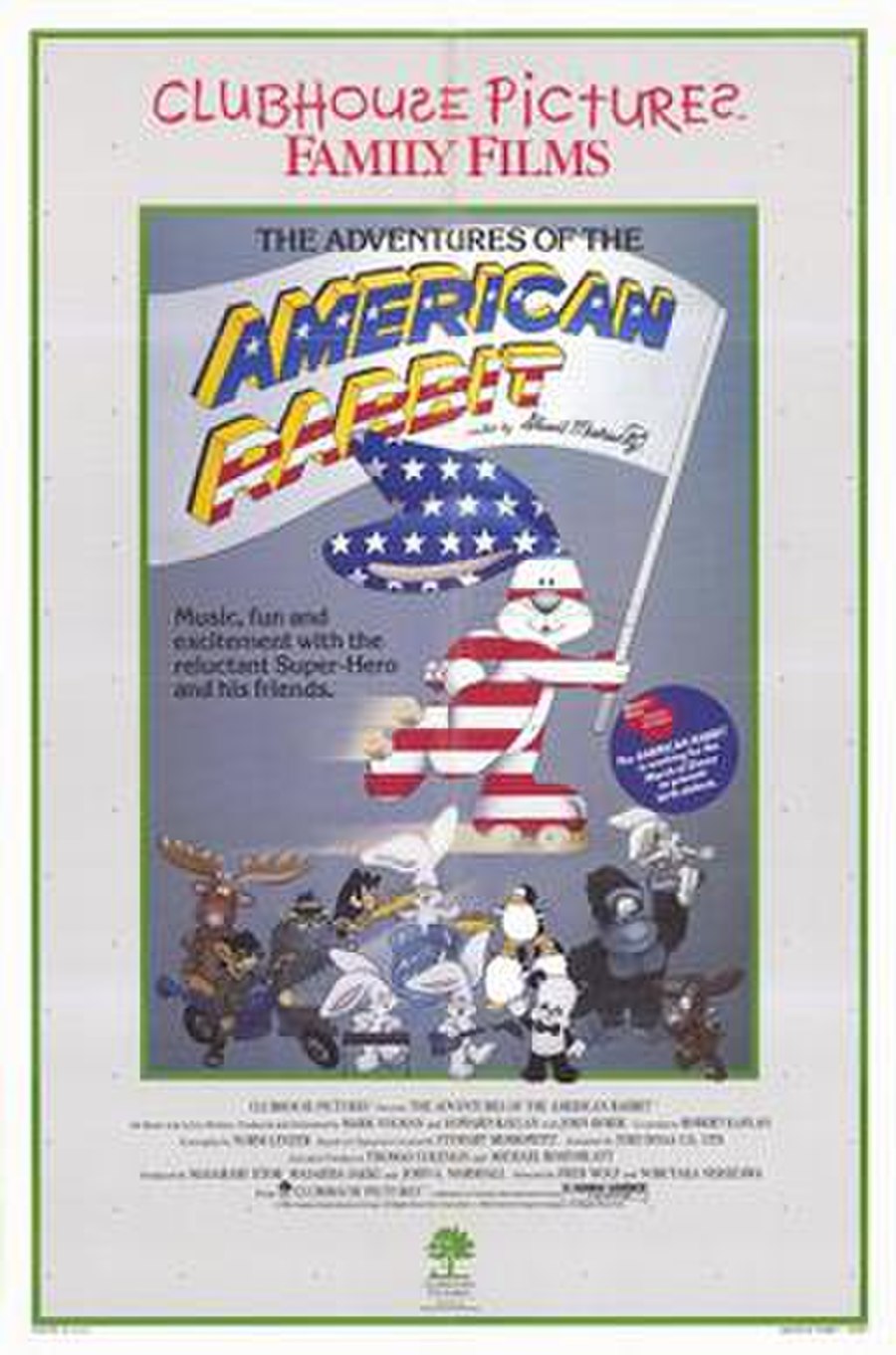 The Adventures of the AmericanRabbit 1986

The Adventures of the American Rabbit (released in the UK as simply The American Rabbit) is a 1986 American-British animated film directed by Fred Wolf and Nobutaka Nishizawa. It was released by Clubhouse Pictures.

The story begins just after the birth of Robert Rabbit (Barry Gordon). As his parents and friends welcome him into the world, a mysterious old rabbit who walks with a cane greets young Rob and disappears. The old rabbit shows up a few more times throughout Rob's childhood, always disappearing after making comments or inquiries about his talents and attitude. One day, when Rob's parents become endangered by a falling boulder, he sprints toward them and changes into a striped and star-spangled superhero on golden rollerskates. The old rabbit reappears and tells Rob that he is the American Rabbit, capable of changing into superhero form when he sprints and changing back to normal when he says his own name.