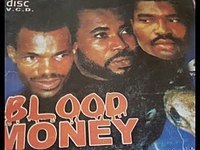 After being scammed, bank manager Mike (Zack Orji) is reunited with former schoolmate and police chief Collins (Kanayo O. Kanayo), who has since become a millionaire profiting off organ trade. Collins persuades Mike to become a fellow member of the secret cult known as the Vultures, which is led by a "Great Vulture" spirit who promises Mike "instant wealth". At the Great Vulture's command, Mike kidnaps a child who is then imbued with moneymaking abilities. Unbeknownst to Mike, the child is Chief Collins' only son, thus his kidnapping creates a rift between the two men. Three years later, the Great Vulture demands a blood sacrifice from Mike, who delays this by offering his wife and mother instead. In the film's second arc, Mike attempts to appease the vengeful spirit of his mother by collecting seven human heads; his newfound life as a serial killer is constantly interfered with by the police.