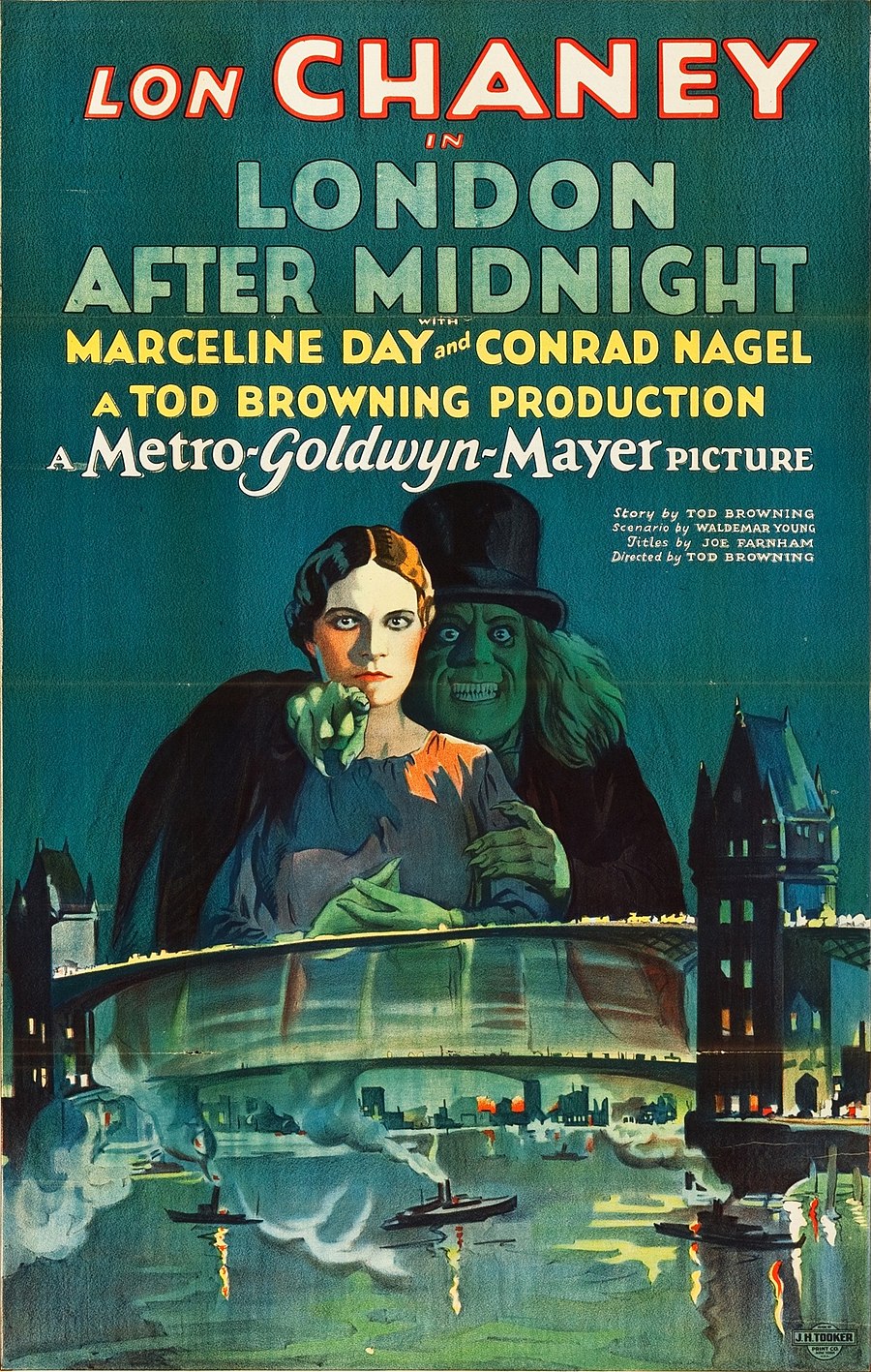 London After Midnight (also marketed as The Hypnotist) is a lost 1927 American silent mystery film with horror overtones directed and co-produced by Tod Browning and starring Lon Chaney, with Marceline Day, Conrad Nagel, Henry B. Walthall, and Polly Moran. The film was distributed by Metro-Goldwyn-Mayer, and was based on the scenario "The Hypnotist", also written by Browning.

In a cultured and peaceful home on the outskirts of London, the head of the household, Sir Roger Balfour, is found dead from what is initially believed to be a self-inflicted bullet wound. Despite the insistence of Balfour's neighbor, Sir James Hamlin, that his close friend would never have taken his own life, Balfour's death is officially declared a suicide by "Professor" Edward C. Burke, a Scotland Yard inspector and amateur hypnotist.