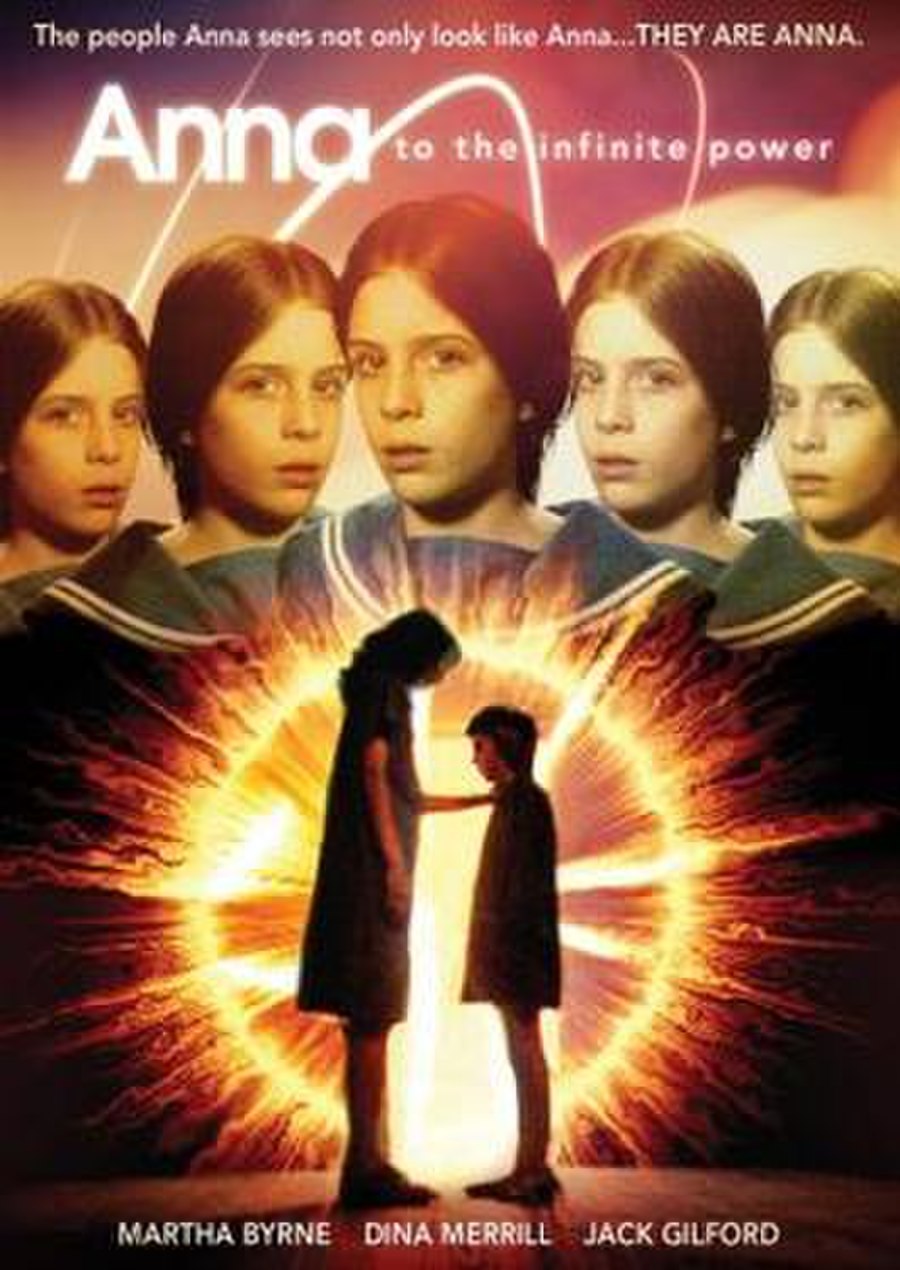 Anna to the Infinite Power 1983

Anna to the Infinite Power is a 1982 science-fiction thriller film about a young teenager who learns that she was the product of a cloning experiment. The film was based on the novel of the same name by Mildred Ames. It was produced by Ned Kandell Enterprises and Film Gallery, previously responsible for the American syndicated children's series Big Blue Marble, and many alumni from that program worked on the film. The film was never released theatrically, but premiered on the pay-cable service HBO and later appeared on home video. The film's signature score "Anna's Reverie" was composed by Paul Baillargeon, who wrote the music for the film and has a cameo in which he plays the music teacher of Anna's brother Rowan.

Twelve-year-old Anna Hart of Flemington, New Jersey, a student at a school for gifted children, is a genius and a kleptomaniac who insults her teachers, gets headaches when she stares at fires and flickering lights, and suffers from strange, prophetic dreams. Michaela Dupont, a piano teacher who has been watching Anna and has kept photos of her and a similar-looking girl taken in 1970, moves in next door. Then Anna sees her exact double on local TV news when a commuter plane makes a forced landing nearby, and she learns that her double, Anna Smithson, has the same family setting as hers — the child of a scientist and a musician.