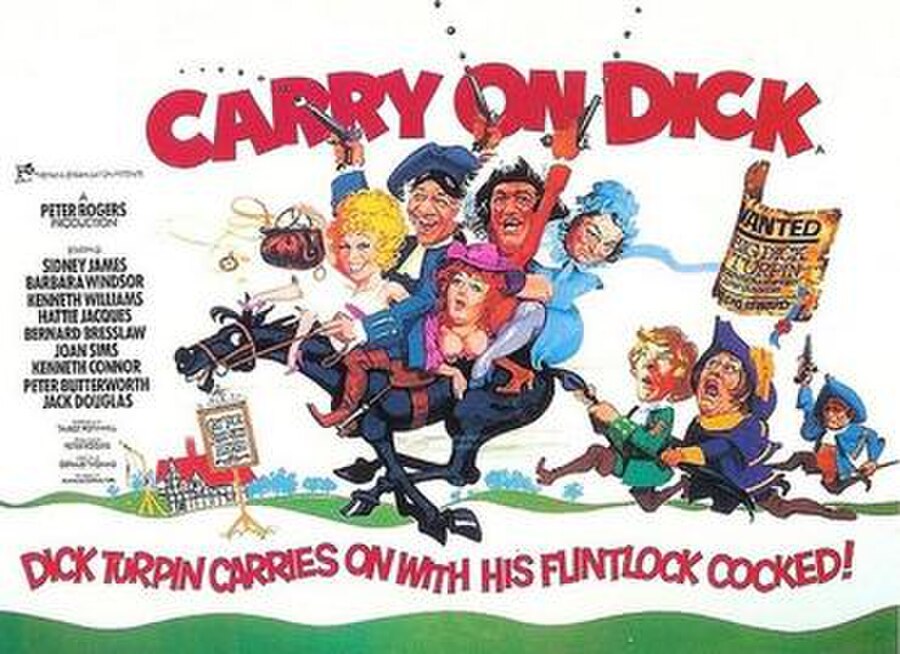 Carry On Dick is a 1974 British comedy film, the 26th release in the series of 31 Carry On films (1958–1992). The story is based on the Dick Turpin legend and features Turpin (James) as an antihero, attempting to evade capture by the authorities.

In the year 1750, England is rife with crime and highway robbers. To stop the wave of chaos, King George sets up the first professional police force named the Bow Street Runners, under the command of the bellowing Sir Roger Daley (Bernard Bresslaw), and seconded by Captain Desmond Fancey (Kenneth Williams) and Sergeant Jock Strapp (Jack Douglas). The Runners are apparently successful in wiping out crime and lawlessness – using all manner of traps and tricks to round the criminals up. However their main target is the notorious Richard "Big Dick" Turpin (Sid James), a highwayman who has evaded capture and succeeded in even robbing Sir Roger and his prim wife (Margaret Nolan) of their money and clothing. After this humiliation, Turpin becomes the Bow Street Runners' most wanted man, and thus Captain Fancey is assigned to go undercover and catch the famous Dick Turpin and bring him to justice.