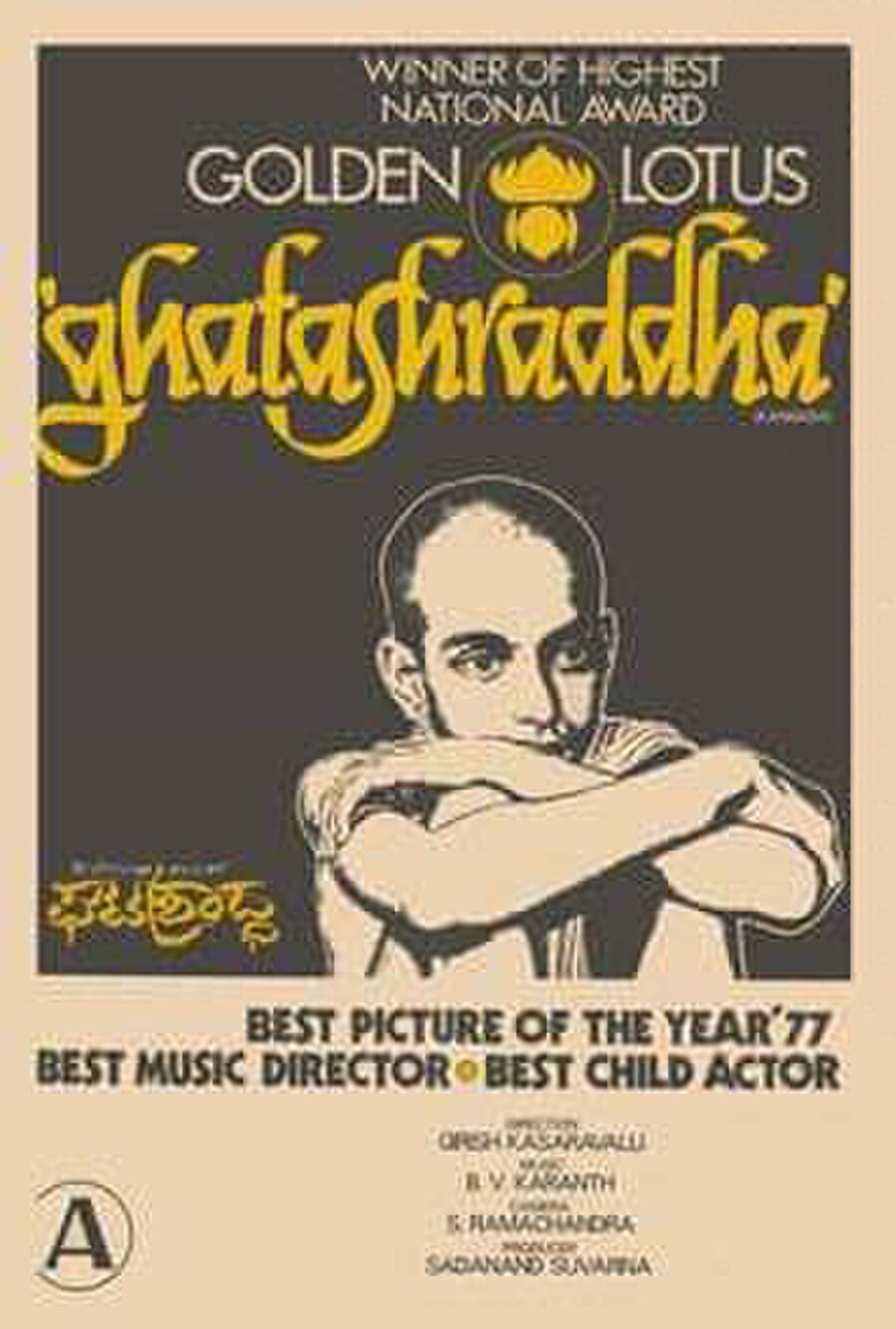 Ghatashraddha (The Ritual) is a 1977 Indian Kannada language film directed by Girish Kasaravalli starring Meena Kuttappa, Narayana Bhat and Ajith Kumar in lead roles. It is based on a novella by eminent Kannada writer U. R. Ananthamurthy. The film was Girish Kasaravalli's first feature film as a director, and marked not only the arrival of a promising new filmmaker but also that of Kannada cinema in the India's 'New Cinema' horizon.

Udupa (Ramaswamy Iyengar) runs a run down Vedic school, operating from his house in a village. Apart from his uncontrollable and unruly students, he lives with his young daughter, Yamuna (Meena Kuttappa), already a widow. Naani (Ajit Kumar), the innocent boy from a distant village, is a new student. A bond develops between a homesick Naani and Yamuna. Yamuna has a lover, a school teacher, whom she meets clandestinely. She is also pregnant by him. As Udupa goes out of town to raise funds for his crumbling school, things go out of hand at the school. The students go out of control and soon the entire village knows about Yamuna’s pregnancy. The traditional village members excommunicate Yamuna. Her lover gets the baby aborted without anyone’s knowledge. Udupa returns and on finding out what has happened, performs the last rites of his living daughter. Amidst all these, Naani is the only person in the village determined to support her but not for long for his father comes back to take him away. Yamuna is shaved bald and is abandoned under a banyan tree.