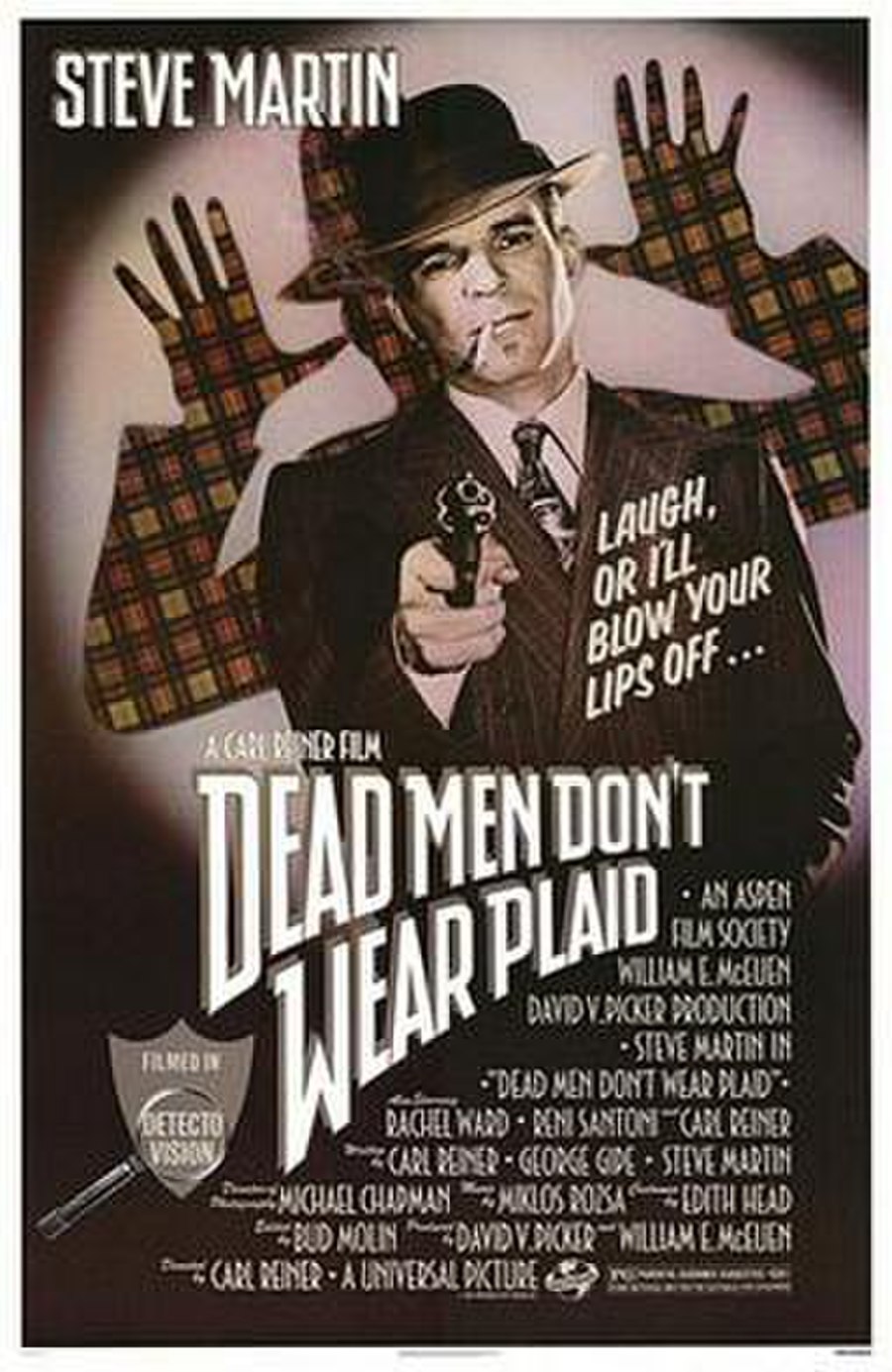 Dead Men Don't Wear Plaid is a 1982 American neo-noir mystery comedy film directed, co-written by, and co-starring Carl Reiner and co-written by and starring Steve Martin. Co-starring Rachel Ward, the film is both a parody of and a homage to film noir and the pulp detective films of the 1940s. The title refers to Martin's character telling a story about a woman obsessed with plaid in a scene that was ultimately cut from the film.

Juliet Forrest, daughter of scientist and cheesemaker John Forrest, asks private investigator Rigby Reardon to investigate her father's death. Searching Dr. Forrest's lab, Rigby finds two lists, "Friends of Carlotta" (FOC) and "Enemies of Carlotta" (EOC), and an autographed photo of singer Kitty Collins, whose name appears on one of the lists. A man shoots Rigby in the arm and takes the lists.