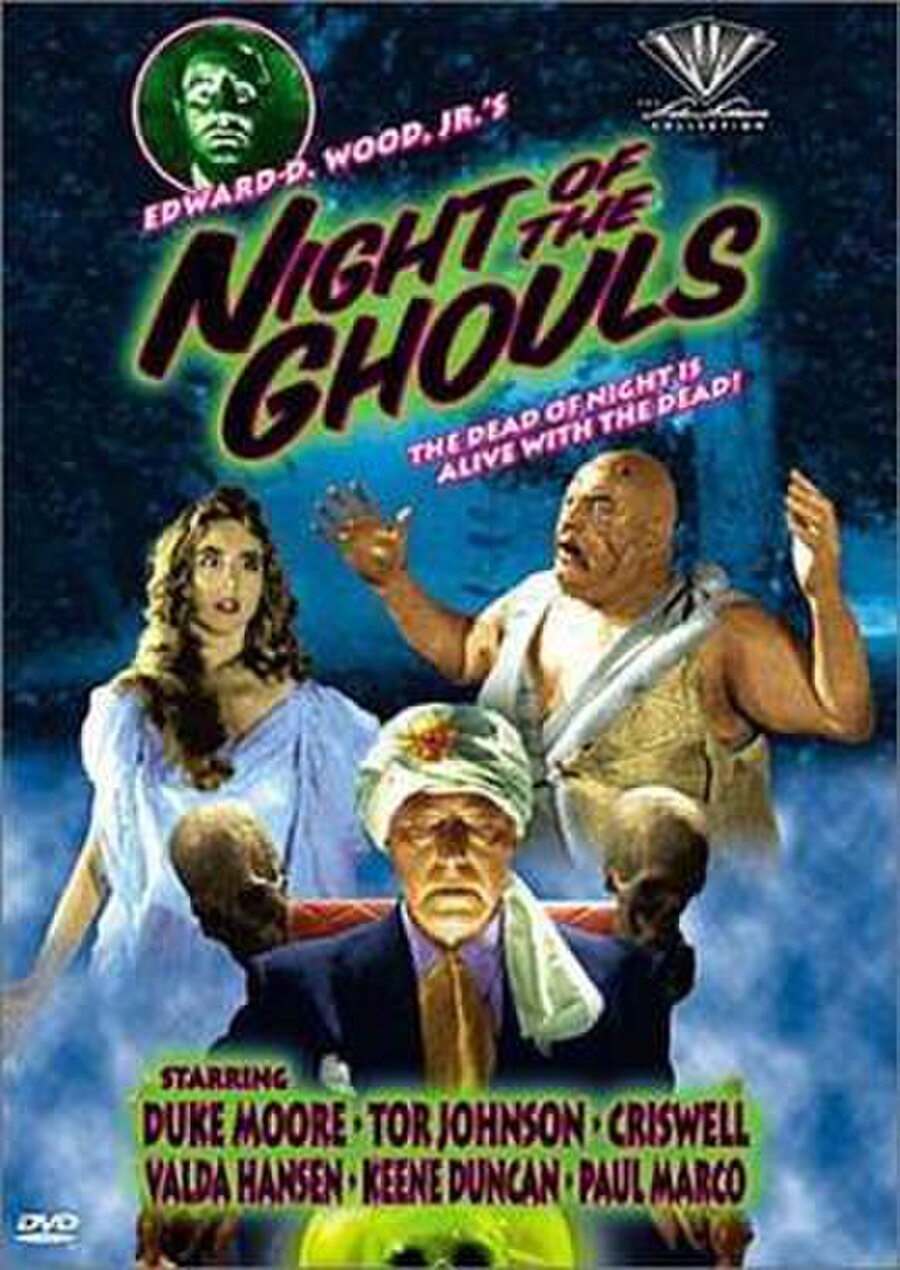 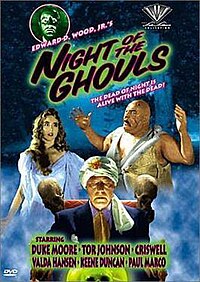 Night of the Ghouls is a horror film written and directed by Ed Wood. The film features some reoccuring cast members and characters from Bride of the Monster, including Tor Johnson reprising his role of Lobo and Paul Marco again playing the character of Kelton, while the Amazing Criswell plays himself in the frame story of the film. Another returning character is Police Captain Robbins of Homicide, although the character is played by Harvey B. Dunn in Bride, and by Johnny Carpenter in Night. (Dunn however does appear in Night, albeit playing a different character).

The basic plot involves the police investigating a supposed haunted house. The house is discovered to serve as headquarters for a confidence trickster who pretends to be able to contact the dead, and charges naive customers large amounts of money to allow them to speak to their deceased loved ones.