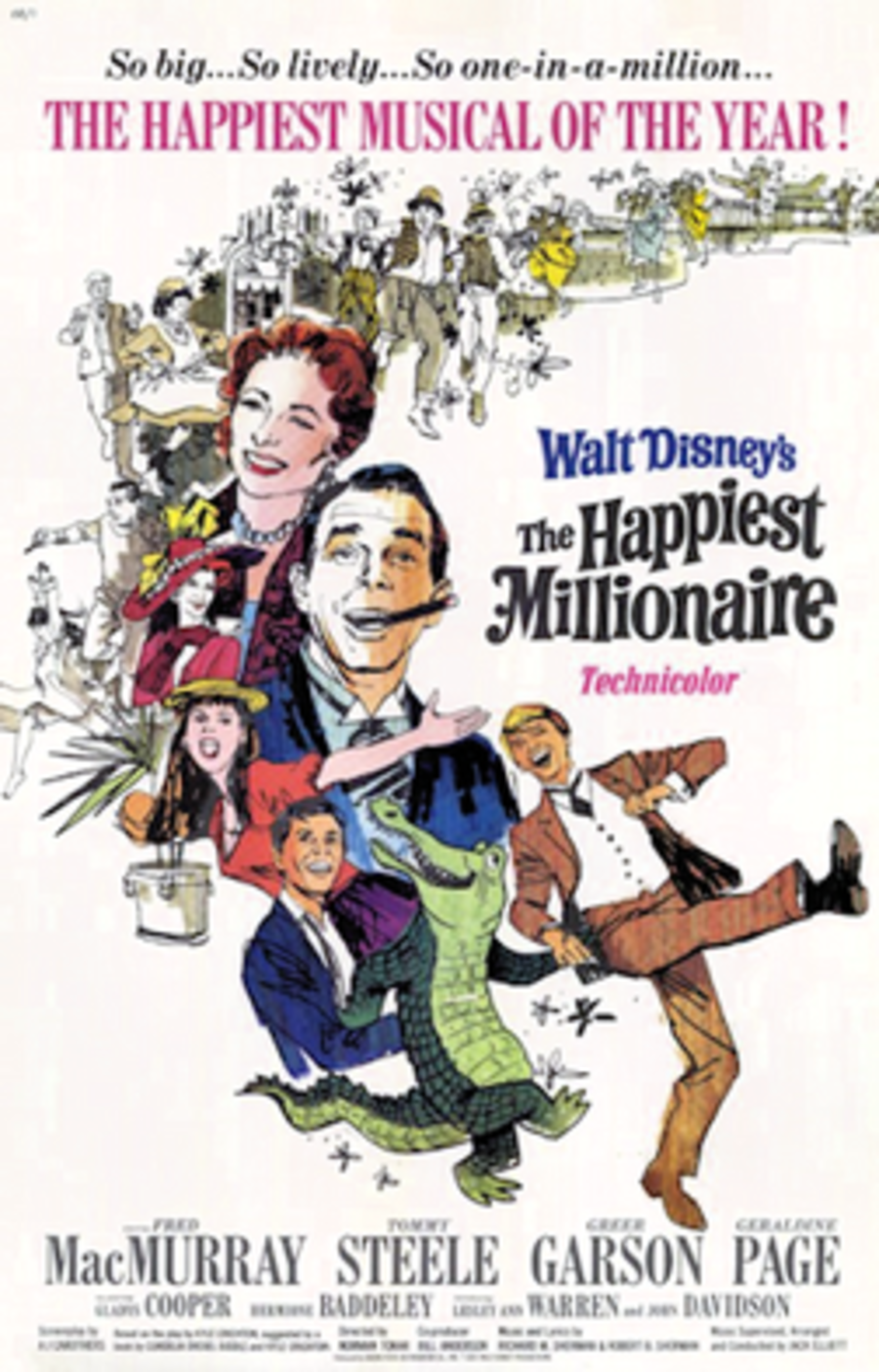 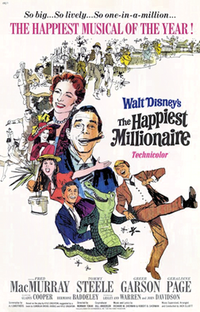 The Happiest Millionaire is a 1967 musical film starring Fred MacMurray, based upon the true story of Philadelphia millionaire Anthony J. Drexel Biddle. The film, featuring music by the Sherman Brothers, was nominated for an Academy Award for Best Costume Design by Bill Thomas. The screenplay is by A. J. Carothers and based on the play that was based on the book My Philadelphia Father by Cordelia Drexel Biddle, the daughter of Anthony Biddle. Walt Disney acquired the rights to the play in the early 1960s. The film was the last live-action musical that he produced, as he died during its production.

The story begins in Autumn of 1916, and follows an Irish immigrant named John Lawless (Tommy Steele) as he applies for a butler position with eccentric Philadelphia millionaire Anthony J. Drexel Biddle (Fred MacMurray). Even though the family is a bit strange, Lawless soon learns that he fits right in. Mr. Biddle takes a liking to him immediately. For the rest of the film, Lawless serves as the narrator/commentator.