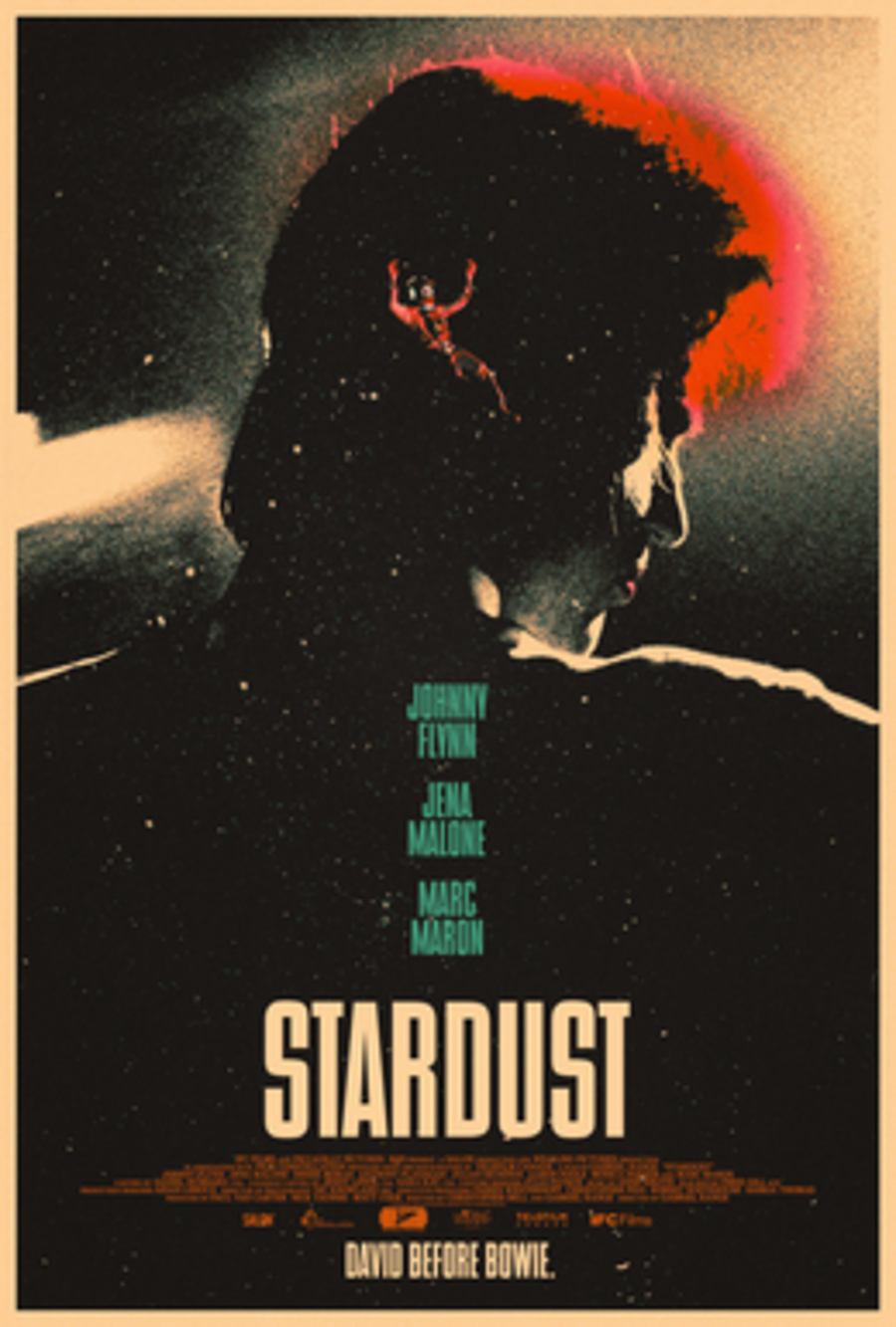 Stardust is a 2020 British-Canadian biographical film about English singer-songwriter David Bowie and his alter-ego Ziggy Stardust. It is directed by Gabriel Range, and produced by Paul Van Carter, Nick Taussig and Matt Code, from screenplay co-written by Range with Christopher Bell. Johnny Flynn stars as Bowie, alongside Jena Malone and Marc Maron in supporting roles.

The film centres on Bowie's first tour in the US in 1971 and his creation of Ziggy Stardust following this visit, whilst also showing Bowie's origins.