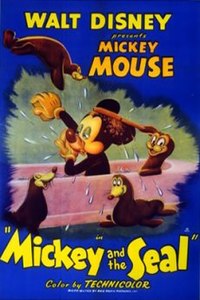 Mickey and the Seal is a cartoon short created by Walt Disney in 1948. It was nominated for Academy Award for Animated Short Film, but lost to Tom and Jerry cartoon The Little Orphan, which shared one of seven Oscars for the Tom and Jerry series. It was the 122nd short in the Mickey Mouse film series to be released, and the second produced that year.