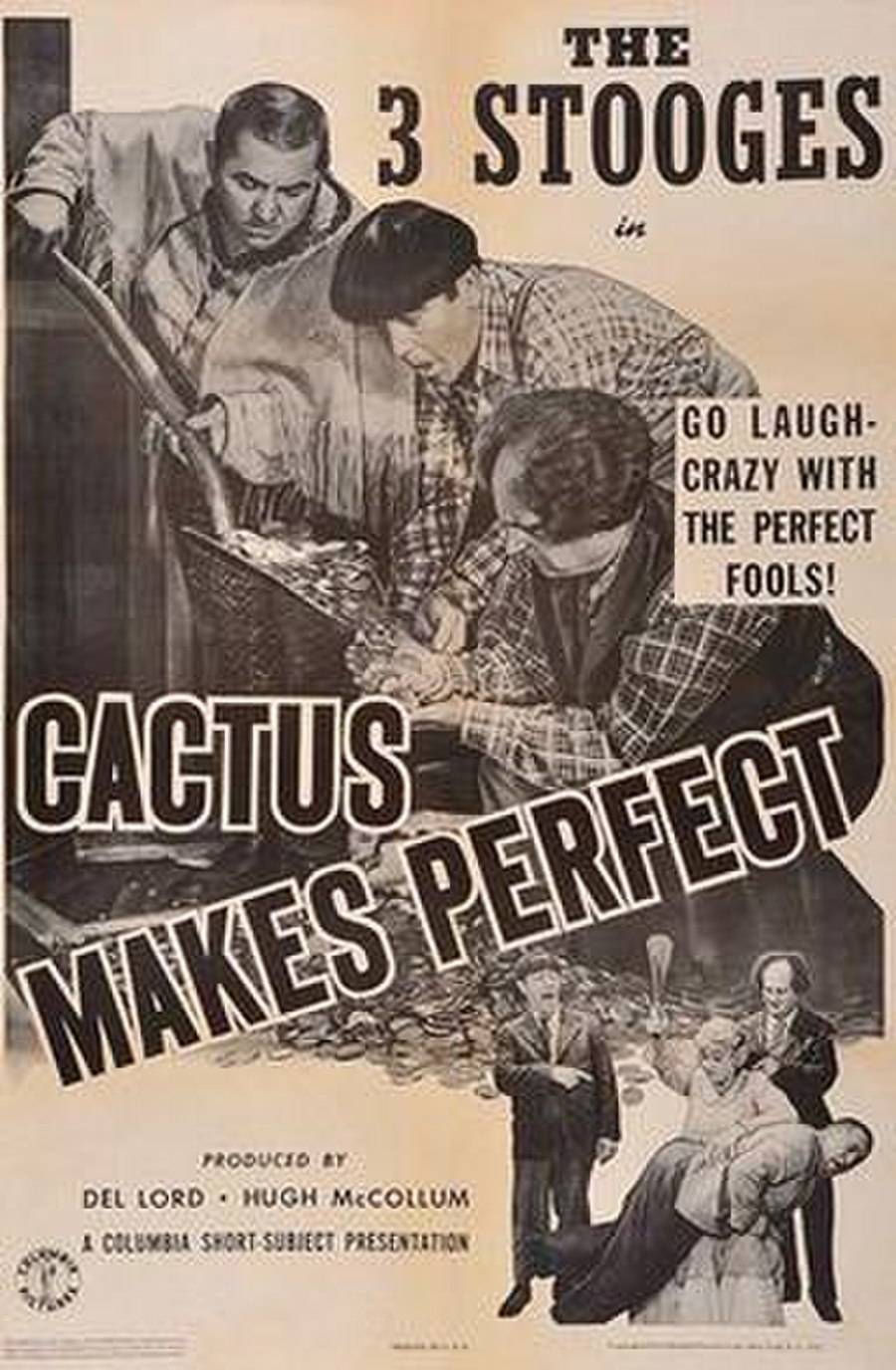 Cactus Makes Perfect is a 1942 short subject directed by Del Lord starring American slapstick comedy team The Three Stooges (Moe Howard, Larry Fine and Curly Howard). It is the 61st entry in the series released by Columbia Pictures starring the comedians, who released 190 shorts for the studio between 1934 and 1959.

The film opens with the Stooges' mother (played by male actor Monte Collins) attempting to wake up her three boys without success. "Get out of bed you lazy loafers!" she screams to no avail. Finally, she yanks a rope that leads from the kitchen to the bed where the trio is sleeping soundly. This causes the bed to spin horizontally until they fly off.