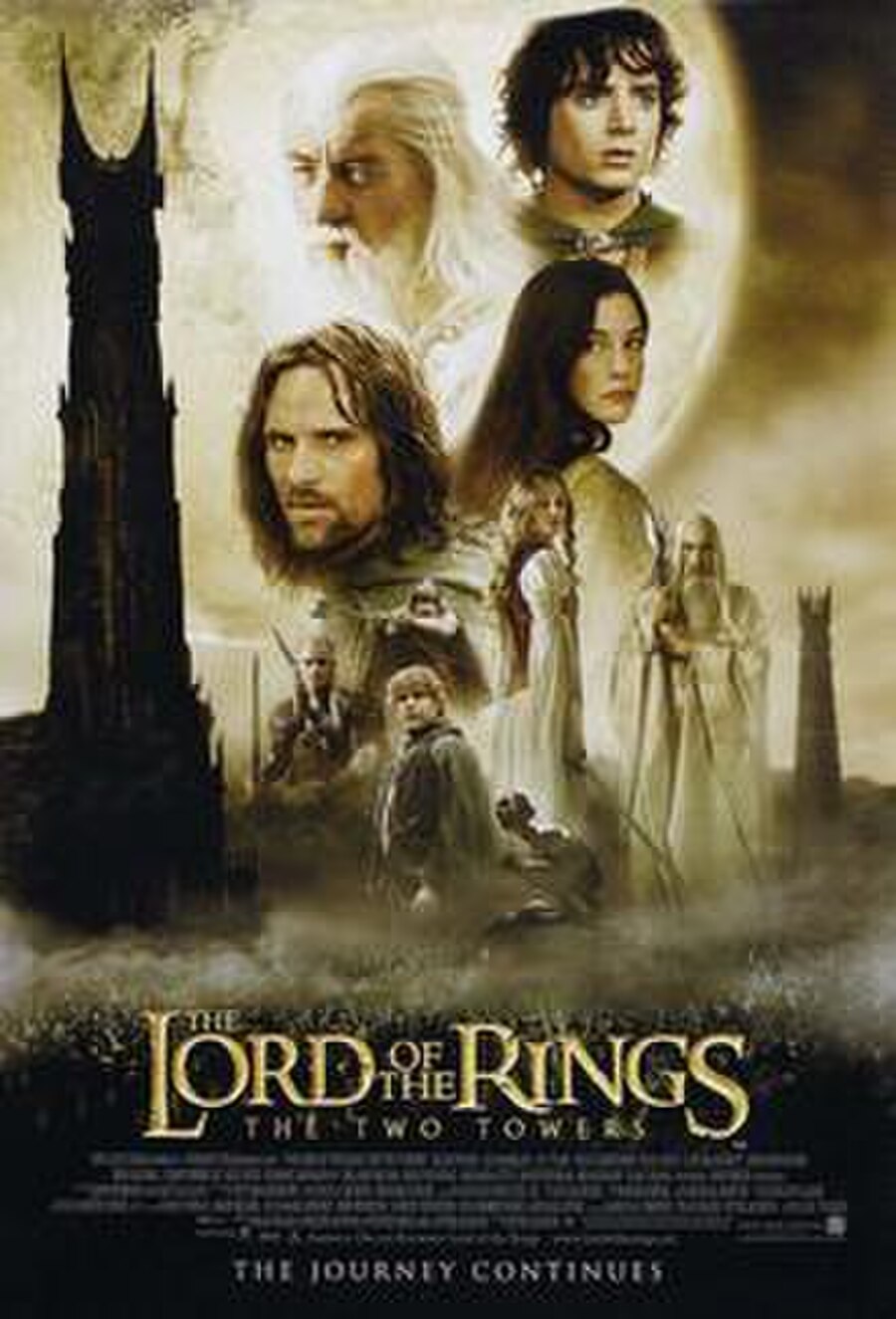 The Lord of the Rings: The Two Towers is a 2002 epic fantasy adventure film directed by Peter Jackson, based on the second volume of J. R. R. Tolkien's The Lord of the Rings. The film is the second instalment in the Lord of the Rings trilogy and was produced by Barrie M. Osborne, Fran Walsh and Jackson, from a screenplay by Walsh, Philippa Boyens, Stephen Sinclair and Jackson. The film features an ensemble cast including Elijah Wood, Ian McKellen, Liv Tyler, Viggo Mortensen, Sean Astin, Cate Blanchett, John Rhys-Davies, Bernard Hill, Christopher Lee, Billy Boyd, Dominic Monaghan, Orlando Bloom, Hugo Weaving, Miranda Otto, David Wenham, Brad Dourif, Karl Urban and Andy Serkis. It was preceded by The Fellowship of the Ring (2001) and followed by The Return of the King (2003).

Awakening from a dream of Gandalf fighting the Balrog in Moria, Frodo Baggins and Samwise Gamgee find themselves lost in the Emyn Muil near Mordor and discover they are being tracked by Gollum, a former bearer of the One Ring. Capturing Gollum, Frodo takes pity and allows him to guide them, reminding Sam that they will need Gollum's help to infiltrate Mordor.