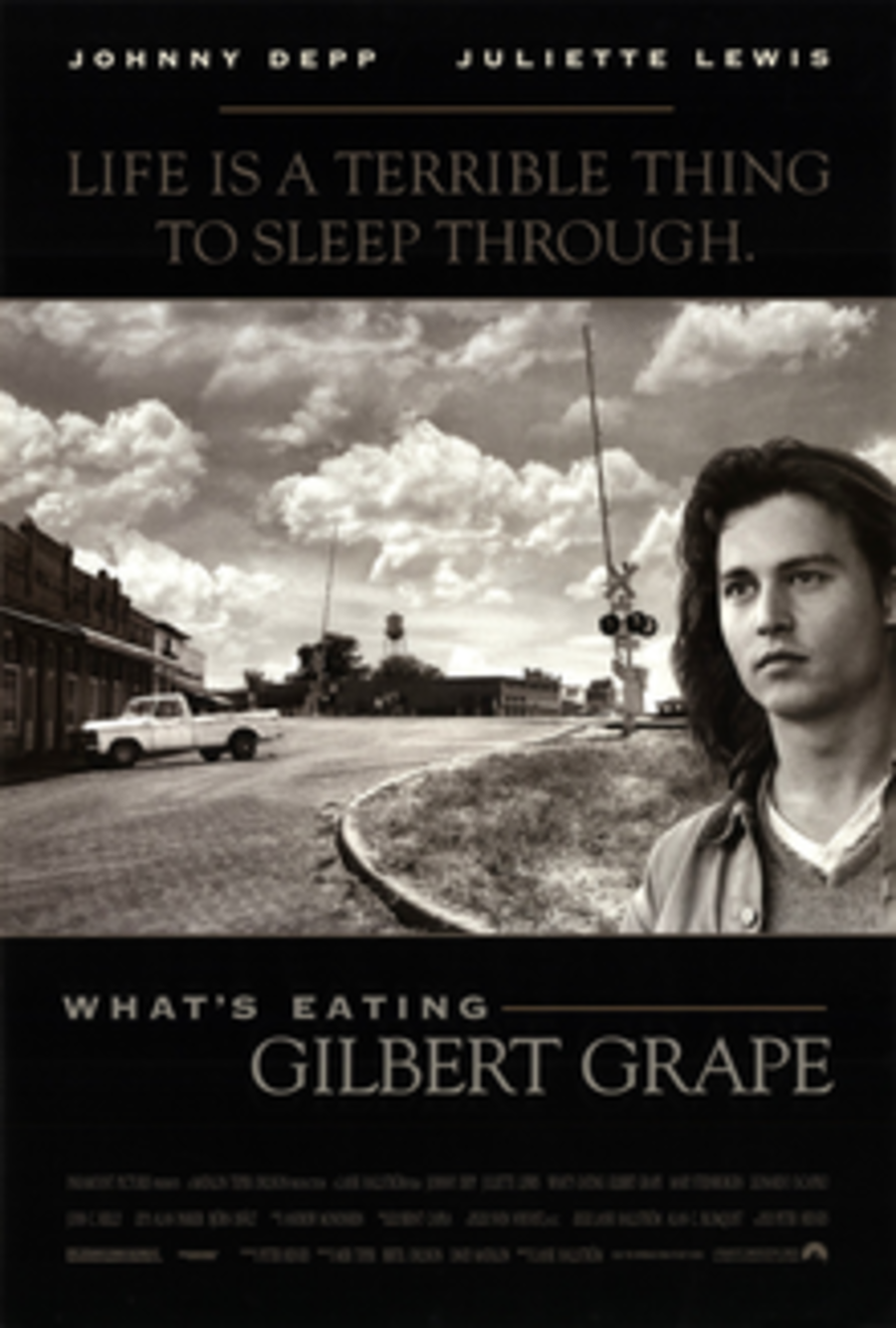 What's Eating Gilbert Grape is a 1993 American coming-of-age drama film directed by Lasse Hallström and starring Johnny Depp, Leonardo DiCaprio, Juliette Lewis and Darlene Cates. It follows 25-year-old Gilbert (Depp), a grocery store clerk caring for his mother (Cates) and his intellectually disabled younger brother (DiCaprio) in a sleepy Iowa town. Peter Hedges wrote the screenplay, based on his 1991 novel of the same name. Filming took place from November 1992 to January 1993 in various parts of Texas.

In the small town of Endora, Iowa, Gilbert Grape is busy caring for Arnie, his intellectually disabled younger brother who is turning 18, as they wait for the many tourists' trailers to pass through town during an annual Airstreamers' Club gathering at a nearby recreational area. His father had hanged himself seventeen years earlier, and since then his mother, Bonnie, has spent most of her days on the couch watching television and eating. With Bonnie's morbid obesity leaving her unable to care for her children on her own, Gilbert has taken responsibility for repairing the old house and being protective of Arnie, who has a habit of climbing the town water tower as well as trees, while his sisters Amy and Ellen do the other housework. A new FoodLand supermarket has opened, threatening the small Lamson's Grocery where Gilbert works. In addition, Gilbert is having an affair with a married woman, Betty Carver.