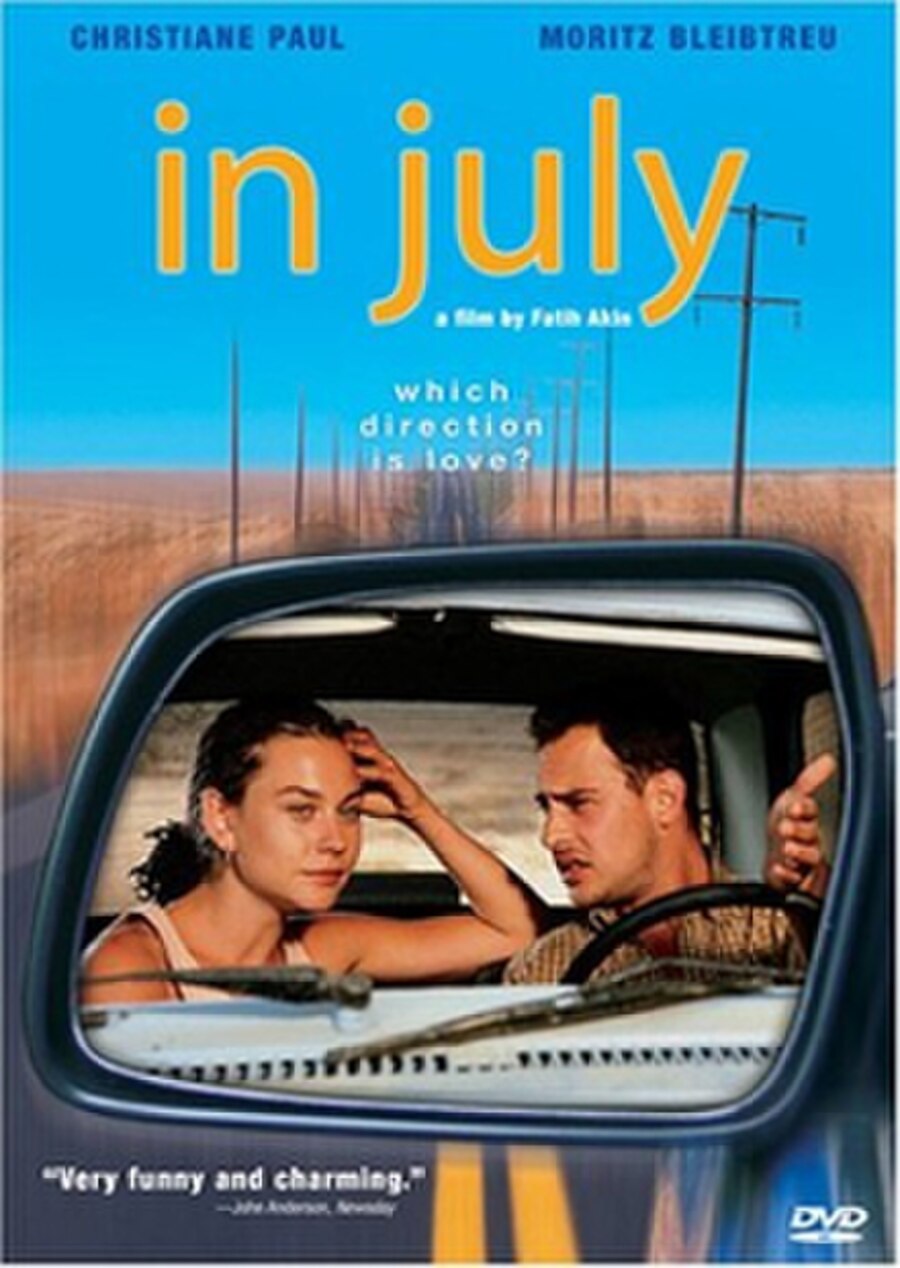 In July is a 2000 German-Turkish road movie.

At the beginning of his summer holiday, a somewhat naive trainee teacher Daniel (Moritz Bleibtreu) buys a ring from a stall run by a neighbor, the aspiring artist and street vendor Juli (in German, "Juli" would be not only the month July but also a common nickname for someone named "Julia"; Christiane Paul). The ring bears a Mayan sun symbol, which, according to Juli, has the power to lead him to the woman of his dreams, whom he will recognise by a similar sun symbol. As Juli has the ring's counterpart, and as she is in love with him, she invites Daniel to a party that evening, hoping that they will meet.