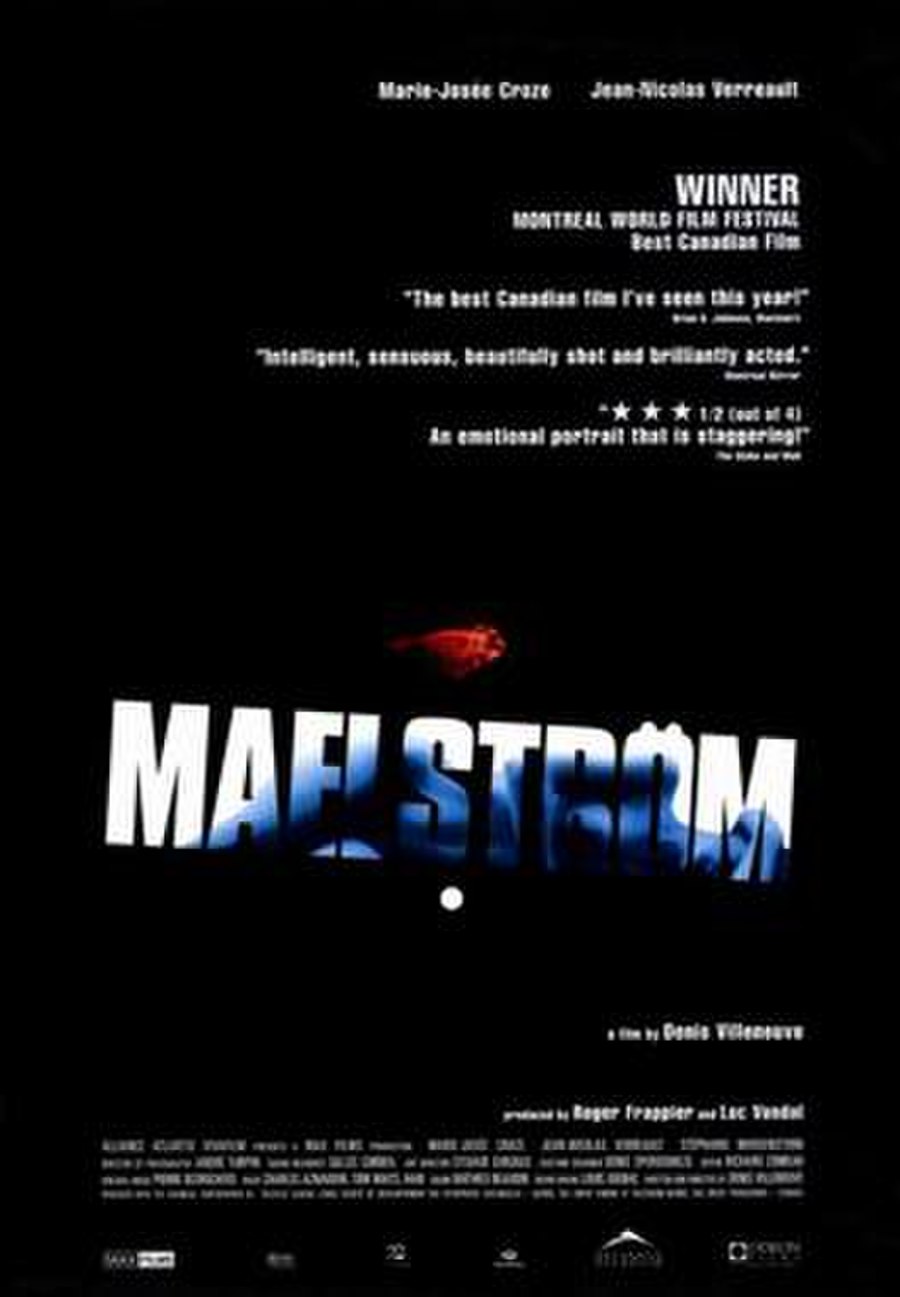 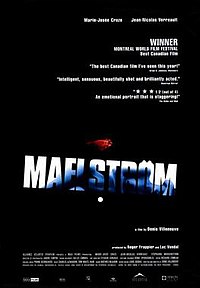 Maelström is a 2000 Canadian romantic drama film written and directed by Denis Villeneuve. It stars Marie-Josée Croze as a depressed young businesswoman who becomes romantically involved with the son of a man she killed in a hit and run accident. Employing fantasy and comedic elements, Maelström is narrated by a talking fish.

While being gutted alive by a fishmonger, a dying fish chooses to share a story that took place in Quebec during the autumn of 1999. A 25-year-old businesswoman named Bibiane Champagne, head of three clothing boutiques, has an abortion. She is interviewed by a journalist about her success and being the daughter of a famous person named Flo Fabert. Bibiane claims business is good, but her partner, her brother Philippe, accosts her for numerous failures. She is supported by her friend, Claire, but struggles with drugs and alcohol.