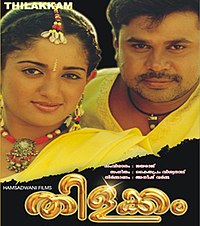 Padmanabhan master (Nedumudi Venu) and his wife (K. P. A. C. Lalitha) is waiting for Unni, their only son who is missing for many years. 10 year old Unni got lost in the crowd during a temple festival where he was along with his neighbour Panikkar (Oduvil Unnikrishnan), popularly known as Poorappanikkar. Panikkar too did not return since he decided to return only after finding Unni. Ammu (Kavya Madhavan) is Panikkar's daughter who also believes, like master and his wife, that her father will return one day with Unni. The master finds Unni (Dileep) after years and brings him back to the Village.