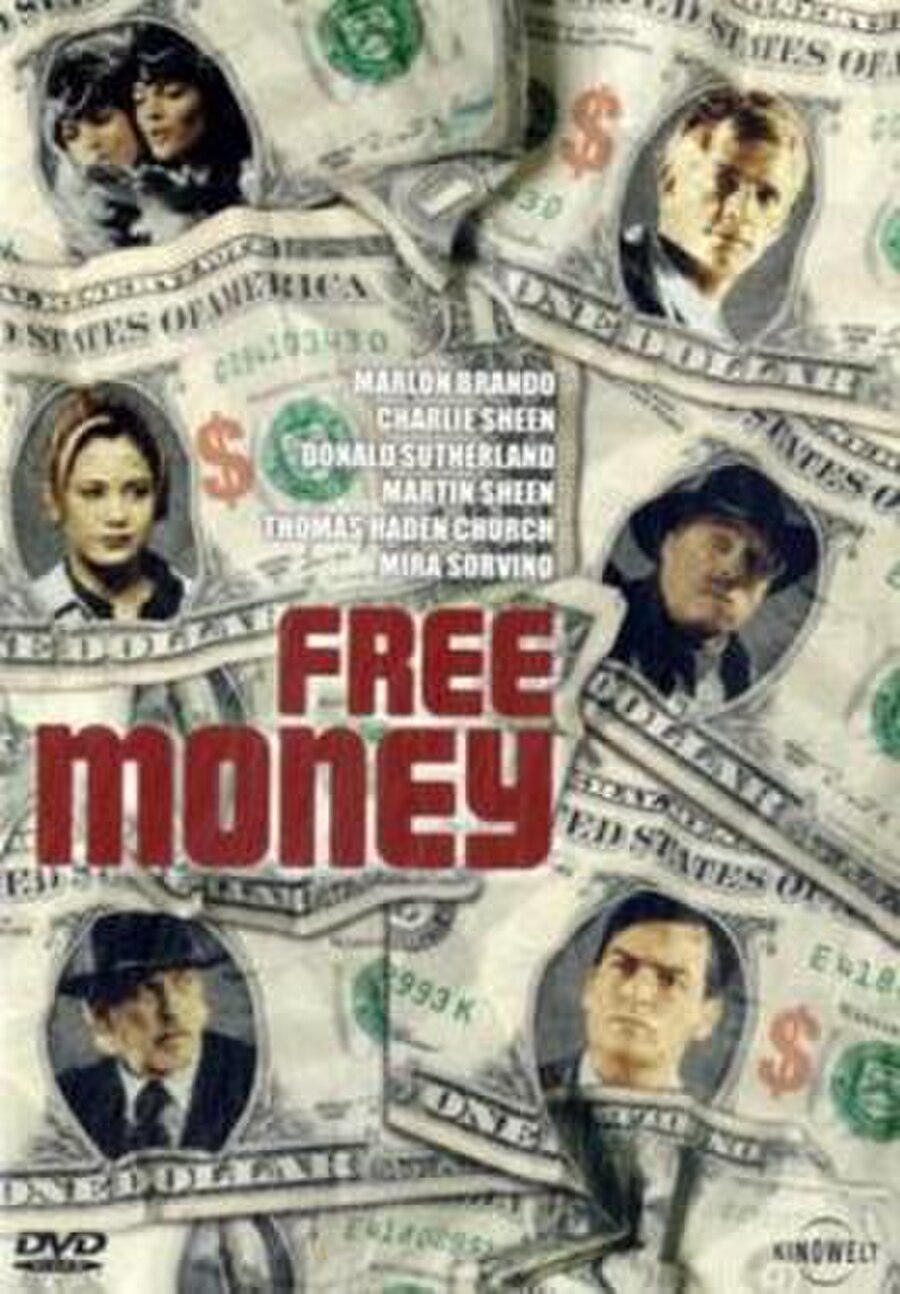 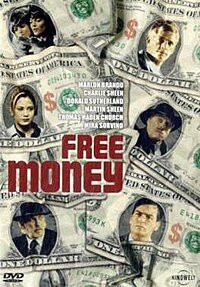 Free Money is a 1998 Canadian black comedy film directed by Yves Simoneau, produced by Nicolas Clermont and written by Anthony Peck and Joseph Brutsman, and starring Marlon Brando in his penultimate film (his final screen appearance was in 2001's The Score).

Sven "The Swede" Sorenson (Marlon Brando) is a malicious warden of the county, illegally executing some of his worst prisoners. Everybody in town hates and is scared of him, except his twin daughters (Holly Watson and Christin Watson). Swede's twins tell their father they're pregnant, lying in order to manipulate him into forcing their dim boyfriends, Bud Dyerson (Charlie Sheen) and Larry (Thomas Haden Church), into shotgun marriages. He also turns his sons-in-law into slave laborers, so Bud hatches an escape plan to rob a train carrying old bills to the mint for burning. Larry is his reluctant accomplice. When Bud is captured, he is railroaded into Swede's small-town jail by the Judge (Donald Sutherland) and Swede. His death looks certain, until he hatches yet another plan that requires Larry's help. Meanwhile, Judge's daughter and FBI Agent Karen Polarski (Mira Sorvino), come to his aid.