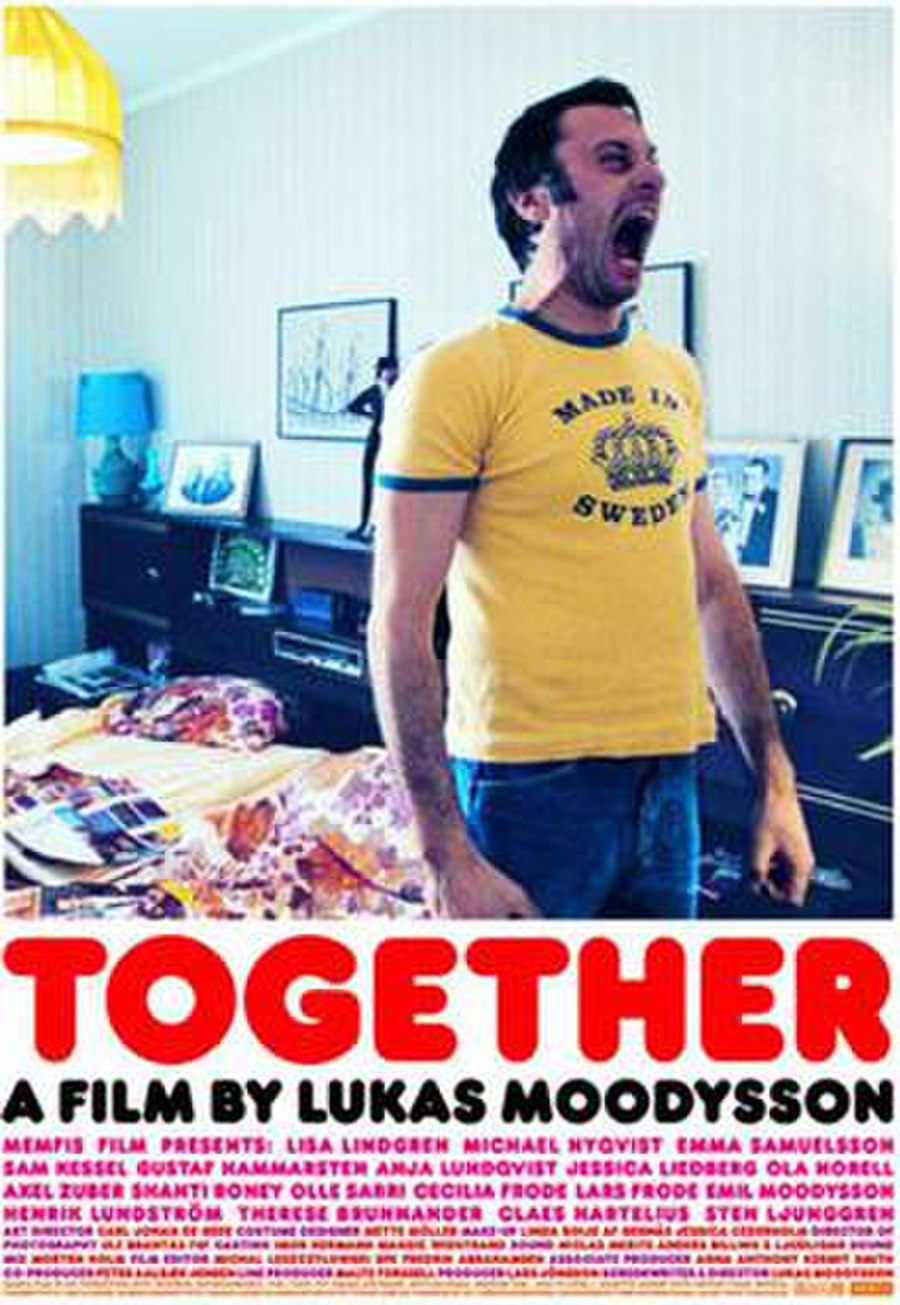 Together is a Swedish comedy-drama film, which was released to cinemas in Sweden on 25 August 2000. It is Swedish director Lukas Moodysson's second full-length film. Set in a Stockholm commune called "Tillsammans" (Swedish for "Together") in 1975, it is a satirical view of socialist values and a bittersweet comedy.

Together is set in one of the sharehome communes that was created around Stockholm in the 1970s. Loosely led by the kind-natured Göran, who will do anything to avoid a conflict, the group spend their time arguing about left-wing politics and other more practical issues, such as whether doing the dishes is bourgeois. The sharehome's dynamics are significantly shaken when Göran's sister, Elisabeth, leaves her violent husband Rolf and moves in, bringing her two children Eva and Stefan.