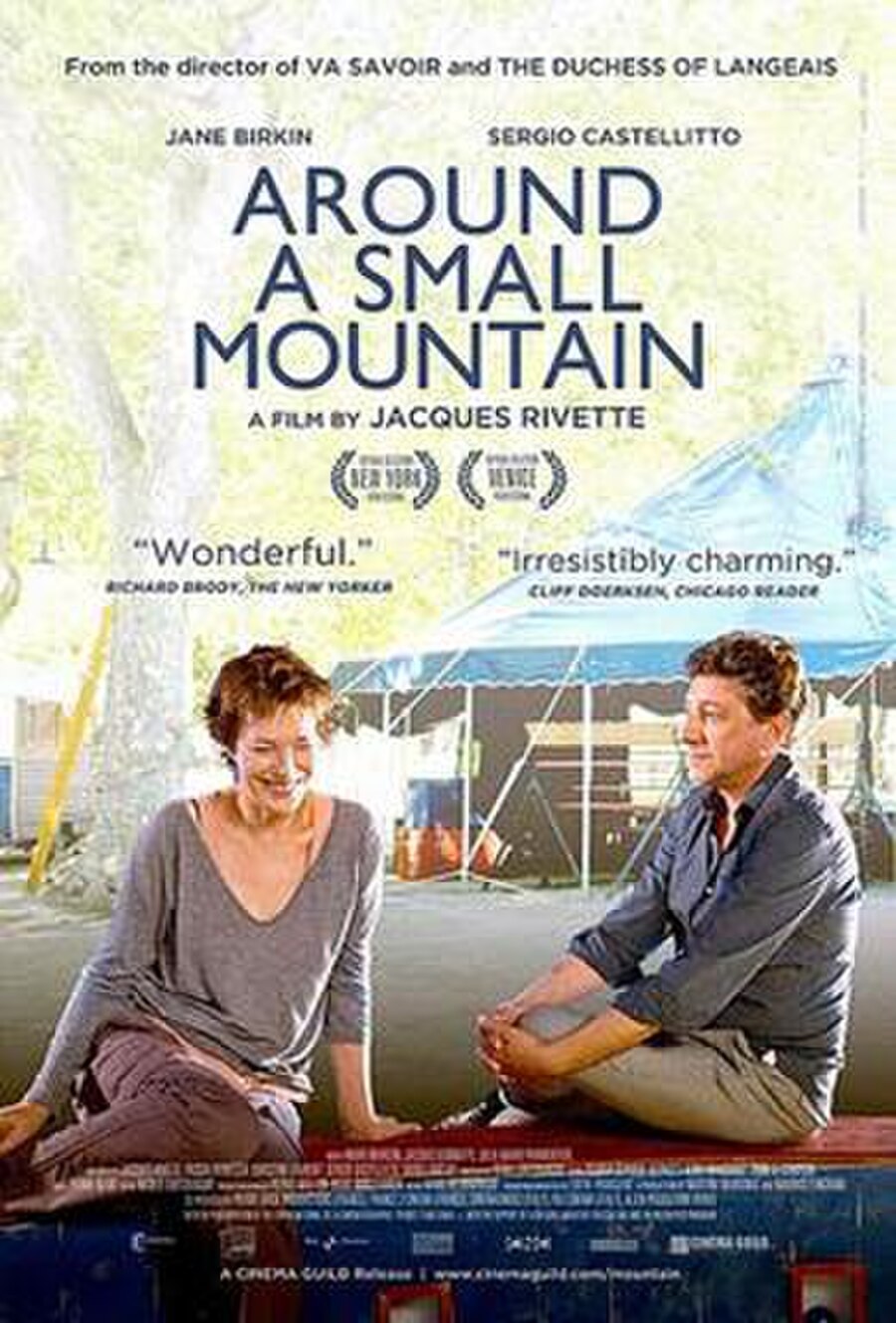 Around a Small Mountain 2009

Around a Small Mountain is a 2009 French drama film directed by Jacques Rivette, which was his final film before his death on 29 January 2016, and starred Jane Birkin and Sergio Castellitto. It was screened in the main competition at the 66th Venice International Film Festival.

Kate (Jane Birkin) is driving along a winding mountain road when her car stalls. Vittorio (Sergio Castellitto) happens along, stops, and fixes her car without ever speaking to her. After he drives away, he slows down and decides to turn back. Something about the woman has interested him.