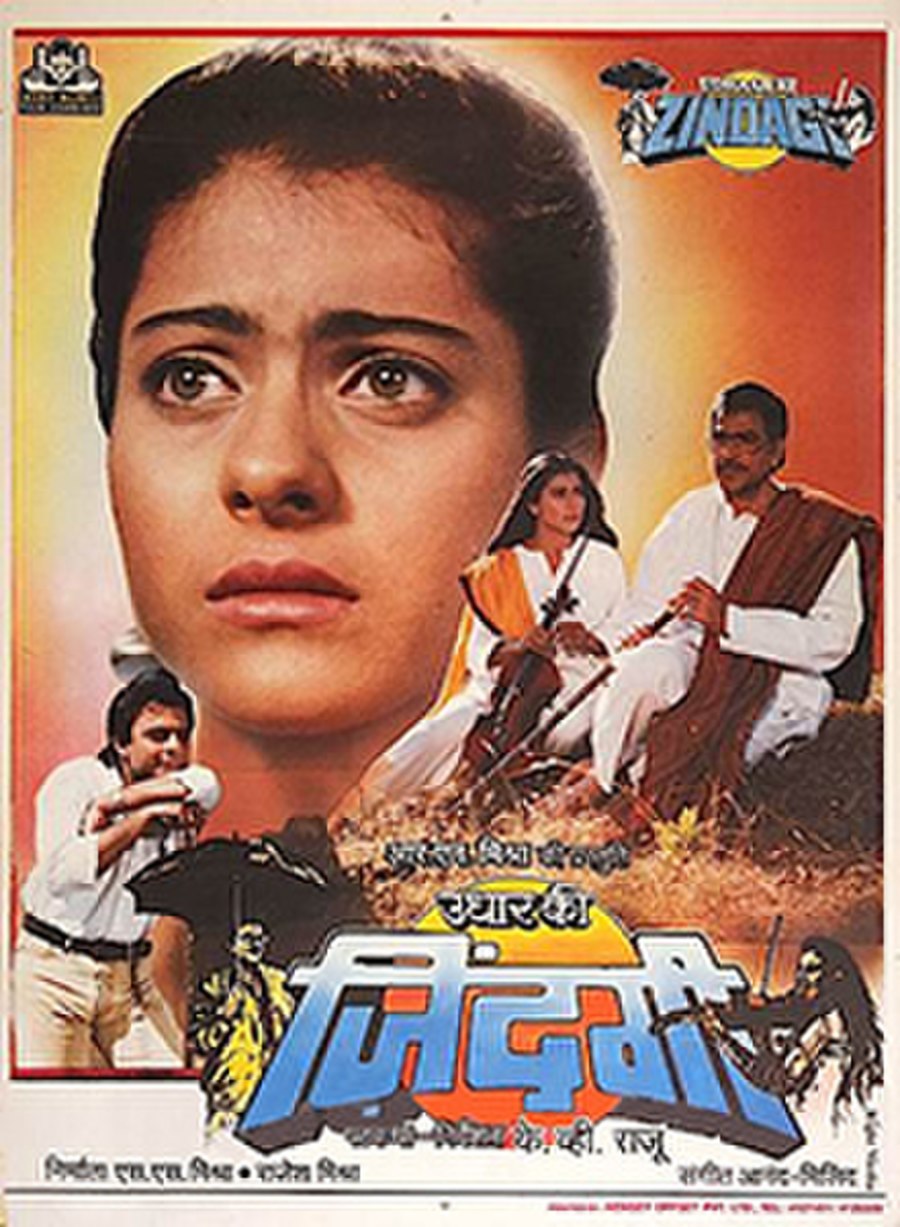 Udhaar Ki Zindagi is a 1994 Indian Hindi-language drama film, produced by Rajesh Mishra, S.S. Misra under the Asht Murti Film Combines banner and directed by K.V. Raju. It stars Jeetendra, Moushumi Chatterjee and Kajol in the lead roles and music composed by Anand-Milind. The film is a remake of the Telugu film Seetharamaiah Gari Manavaralu (1991). This was Kajol's first author-backed role, which was critically acclaimed.

Sitaram runs his family in an authoritarian manner. He has planned the marriage of his son, Vasudev, only to be told that Vasudev loves another woman, Suman, who he plans to marry. Sitaram tells his son to forget about his love and marry the woman he has chosen for him. Vasudev instead marries Suman and brings her home to introduce her to his family. While the rest of the family welcome Suman, Sitaram makes it clear that she is not welcome. Shortly thereafter Vasudev and Suman leave the household and re-locate to the U.S. Several years later, Sitaram receives a letter informing him that Vasudev and his family will be coming to visit them in India. Sitaram looks forward to seeing his son and his family after all these years. He is enraged when he finds that the only one sent to visit him is Sita, his granddaughter, and the excuse for Vasudev and Suman not attending is that "they are busy". Old wounds surface and Sitaram will have nothing to do with his granddaughter, who has brought a special gift for her granddad, from her dad. But Sitaram will not accept this gift, until and unless his son himself comes to deliver it to him, and it is then he comes to know the truth behind his son's absence.