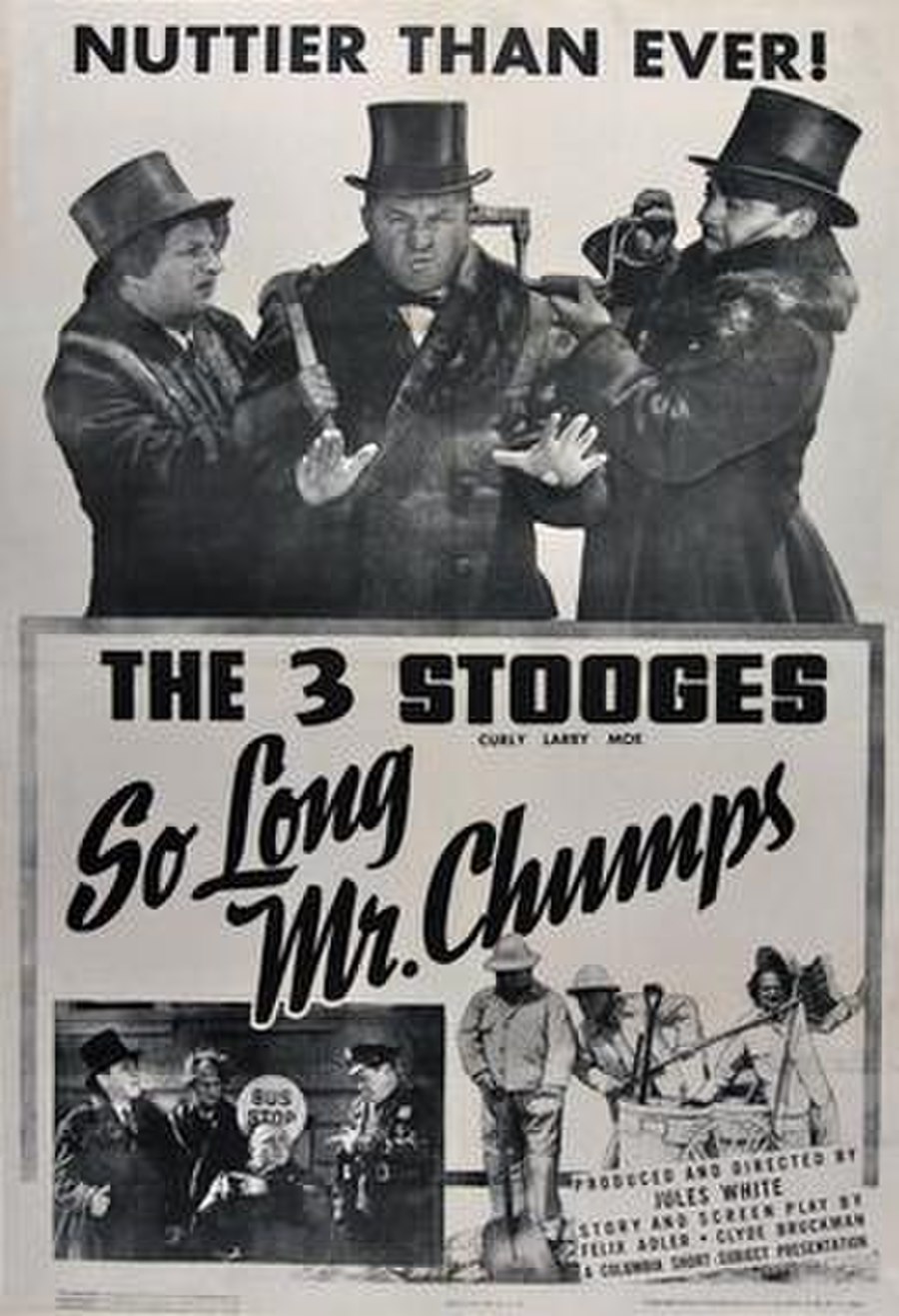 So Long Mr. Chumps is a 1941 short subject directed by Jules White starring American slapstick comedy team The Three Stooges (Moe Howard, Larry Fine and Curly Howard). It is the 53rd entry in the series released by Columbia Pictures starring the comedians, who released 190 shorts for the studio between 1934 and 1959.

The Stooges are inept but honest street cleaners. When they come across an envelope filled with oil bonds in the trash, they return them to their owner, B.O. Davis (John Tyrrell). The grateful Davis offers them a five thousand dollar reward if they can find an honest man with executive abilities. An honest dog ultimately leads them to a weeping girl (Dorothy Appleby), who explains that her sweetheart has been unfairly jailed. The best way to talk to him, the Stooges figure, is to get arrested themselves. They land in the clink and track down their man, Percy Pomeroy (Eddie Laughton). With some black paint, they make their prison outfits look like guard uniforms and make their escape. Just as they are leaving, Davis is coming in — handcuffed to a detective and revealed as "Lone Wolf Louie, the biggest bond swindler in America." The Stooges wind up back in jail, breaking rocks over Curly's head.